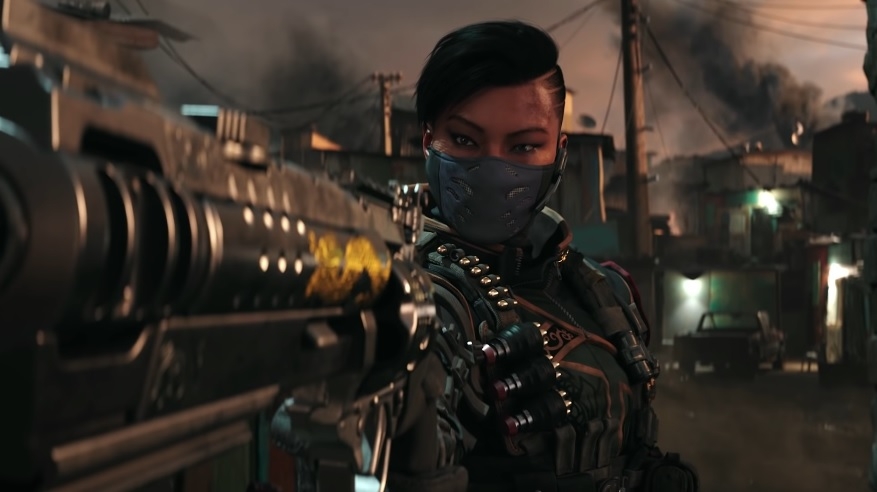 From the trailer of “Call of Duty: Black Ops 4” | Photo credit: Activision via Call of Duty / YouTube screenshot

Any fears that Activision is not planning anything big for the “Call of Duty” franchise this year is now quashed, thanks to an information leak from Doritos. A printed packaging of the popular tortilla chips brand hints the next game will bring back the Cold War story arc in the fifth “Black Ops” title.

Upcoming “Call of Duty” games are usually announced in the first of the year. But since 2020 has been far from the usual it is not surprising that Activision has yet to say a word about its next first-person shooter title.

Fans are no longer clueless, though. Twitter user @TheGamingRevo3 received a tip suggesting that the next installment could be titled “Call of Duty: Black Ops Cold War.” The information comes from a printed Doritos packaging with a promotional campaign that rewards people with an in-game, year-long double XP bonus. The title and the likely logo of the game can be seen in the printed material that has since been shared online.

These are the two Doritos Double XP promotional images that I was DM'd earlier from an anonymous source for Call of Duty 2020 Black Ops Cold War. I was too worried about copyright issues to post them earlier but since CharlieIntel shared them I (assume?) they're safe. pic.twitter.com/yvvjH7CvKU

The inclusion of the Cold War in the title of the upcoming “Call of Duty” game is particularly interesting. The “Black Ops” series has always featured a Cold War-themed storyline with somewhat chronological narrative, until the release of “Black Ops 4” in 2018.

It was mainly set in 2043 despite the third title’s story happening in 2065. Unlike its predecessors, the fourth “Black Ops” did not follow the pattern of introducing another Cold War. The changes were understandable, though with the game being the first in the series to heavily feature multiplayer gameplay than the usual single-player mode.

On the other hand, “Black Ops 4” was still tied to the rest of the series in terms of the plot. With the next “Call of Duty: Black Ops” reportedly dropping the numbered title and emphasizing on the Cold War aspect of the series, the next game could return to the familiar sequential narrative. But how this affects the gameplay remains to be seen.

‘Call of Duty: Black Ops Cold War’ to be released in late October?

In another photo from the same source, it is indicated that the “Call of Duty” promo with Doritos will run from Oct. 5 through Jan. 31 next year. A fan pointed out that an earlier Doritos promo for a “Modern Warfare” game also started in early October despite the actual game being released on a later date. This then led to the speculation that “Call of Duty: Black Ops Cold War” could be released sometime in October or November.