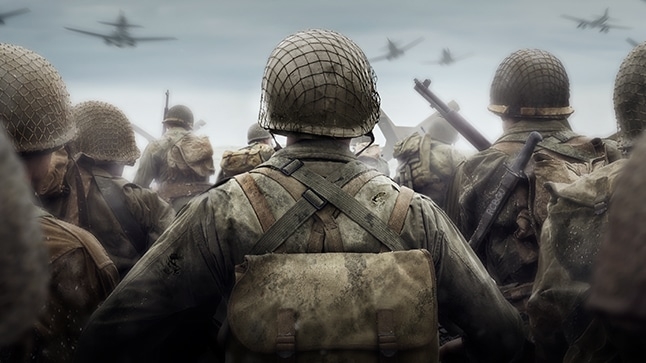 Sony is doing things a bit differently with its announcement for the PS Plus free games for June 2020. The first game, “Call of Duty: WWII,” is already available for PS4 console gamers even before May ended. However, the second game, which is expected to be available by June, still remains a mystery although there have been various speculations put forth as to what the title might be.

One of the PS4 free games for June 2020 that PlayStation Plus subscribers can surprisingly download now is “Call of Duty: WWII.” Released in 2017, the first-person shooter title was developed by Sledgehammer Games and published by Activision.

As its name suggests, “Call of Duty: WWII” is set in the Second World War era. According to Gamespot, the title is known for its strong single-player campaign, which is around six hours in length. The publication also noted that the game’s online servers are still live and the player count is likely to surge once more people play the game via their PS4 consoles.

The title also has a highly engaging narrative-focused War mode complete with unique maps and challenging objectives. With its traditional multiplayer campaign, the “Call of Duty: WWII” offers one strong package making it one of the best first-person shooters out there.

Sony has not yet announced the second free game for PS Plus June 2020. However, there are a few speculations and leaks on what the second title could be.

For instance, Comicbook reported that the second free PS Plus game for June is “Star Wars Battlefront II.” According to the publication, the leak came from a YouTube channel called PlayStation Gaming, who claimed that it saw a prematurely uploaded promotion clip uploaded on PlayStation’s Instagram account that showed both “Call of Duty: WWII” and “Star Wars Battlefront II.”

Meanwhile, another leak suggests that the second title might be Insomniac Games’ “Marvel’s Spider-Man,” according to Forbes. “Gamers have spotted the game on the PlayStation Store with a small PS Plus logo next to it, and the price set to free,” the publication wrote.