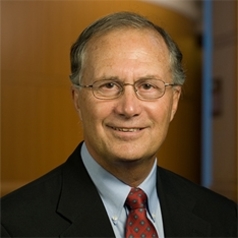 There is no shortage of books critical of business schools. The titles leave little doubt about how much disdain the authors have for the schools meant to prepare future leaders in business.

Consider books like “Shut Down the Business School: What’s Wrong with Management Education,” or “Nothing Succeeds Like Failure: The Sad History of American Business Schools.”

For criticisms of a specific school, there is “The Golden Passport: Harvard Business School, the Limits of Capitalism, and the Moral Failure of the MBA Elite.”

These books lament the failure of business schools to develop ethical business leaders and to address societal concerns.

In a February 2022 address to business school deans, Dartmouth management professor Sydney Finkelstein piled on by criticizing schools for not producing research that has an impact on society.

In my effort to identify the best teaching practices, I also found that the star professors profiled in the book are deeply involved in activities outside their traditional classrooms that have a positive impact on their students and society.

Beyond the traditional classroom

Stanford emeritus accounting professor Charles Lee, for example, has helped bring the Veritas Forum to campus. This organization encourages students to address fundamental questions, such as “Who are you?” “What are you doing here?” and “Where are you going?”

In talks to students at universities around the country, he stresses that “you are not your resume.” Instead of their obsession with educational and professional accomplishments, Lee encourages the students to use other metrics, such as virtue, to define success and happiness in life.

In a similar vein, business law professor Richard Shell co-founded the “Purpose, Passion, and Principles Program” at Wharton, the business school at the University of Pennsylvania. The program seeks to encourage students to reflect on how they define success and happiness. One student observed that the program has motivated her to develop a “better understanding of how I define both happiness and success in my personal and professional lives.”

The profiled professors are also involved in activities that benefit society at large.

Strategy professor Jan Rivkin is a leader of Harvard Business School’s U.S. Competitiveness Project. He is active in training the next generation of civic leaders through an offshoot of the project called the Young American Leaders Program.

The program inspired a work-based learning program in Chattanooga, Tennessee. Through the program, high school students get paid US$9 an hour to help make car parts at a local manufacturer. The hands-on job experience also counts toward their graduation. A program coordinator calls the program a “win-win for the students and the company.”

Management professor Gretchen Spreitzer is a leader at the University of Michigan’s Center for Positive Organizations, which encourages positive work environments for employees. Organizations as varied as the NBA’s Cleveland Cavaliers, General Motors and Google use research produced by the center, according to Wayne Baker, a University of Michigan business and sociology professor who serves as faculty co-director at the center.

And when it comes to impact, I believe Steve Kaplan’s record is hard to match. A finance professor at the University of Chicago, he started a new venture program that enables student teams in his special projects course to win cash prizes for their business plans. The program has launched over 370 companies that are still in existence and created thousands of jobs.

Improving lives around the world

Examples of the positive effects that business schools have on their students and society extend far beyond legendary teachers at leading schools in the United States.

Through a crowdsourcing experiment, the Financial Times identified business school projects that were making a difference in people’s lives worldwide. One of the many examples they found was a student project at China’s Cheung Kong Graduate School of Business. Students stayed in a Gobi Desert village and helped the villagers market their goji berries. Their efforts increased the villagers’ income by a third, according to the publication.

My research and the crowdsourcing experiment illustrate the increased focus by business schools on societal concerns that will likely accelerate in coming years. Business schools will also be expected to show social impact in order to meet accreditation standards put forth by AACSB International - The Association to Advance Collegiate Schools of Business, which accredits business schools around the world.

Business school rankings have been criticized for focusing too much on individual achievement, such as their graduates’ salaries, instead of community-based results like sustainability and social purpose. An association of business experts from around the world have created a new measure called Positive Impact Rating – deliberately not a ranking – to highlight a school’s sustainability and societal engagement, as assessed by students.

Should business schools be “shut down,” as business professor Martin Parker has said? Do they have a “sad history,” as stated by history professor Steven Conn? Are they really a “big scam,” a question raised by Dartmouth management professor Sydney Finkelstein?

Business schools, like any other set of institutions, have substantial room for growth and improvement. And some business schools do end up in the headlines for all the wrong reasons.

For instance, a former Temple Business School dean was sentenced to 14 months in prison in March 2022, for submitting false information about the business school’s programs to U.S. News & World Report to inflate the school’s rankings in the magazine. The idea behind the scheme, according to the U.S. Department of Justice, was to get more students to enroll and more donors to donate money to the school. Such cases do nothing to help the reputation of business schools.

But when you consider the many ways that business schools are involved in the improvement of the lives of others, as my book, the Financial Times and others have shown, in my view the criticism that has been leveled against business schools comes across as one-sided and overstated at best.