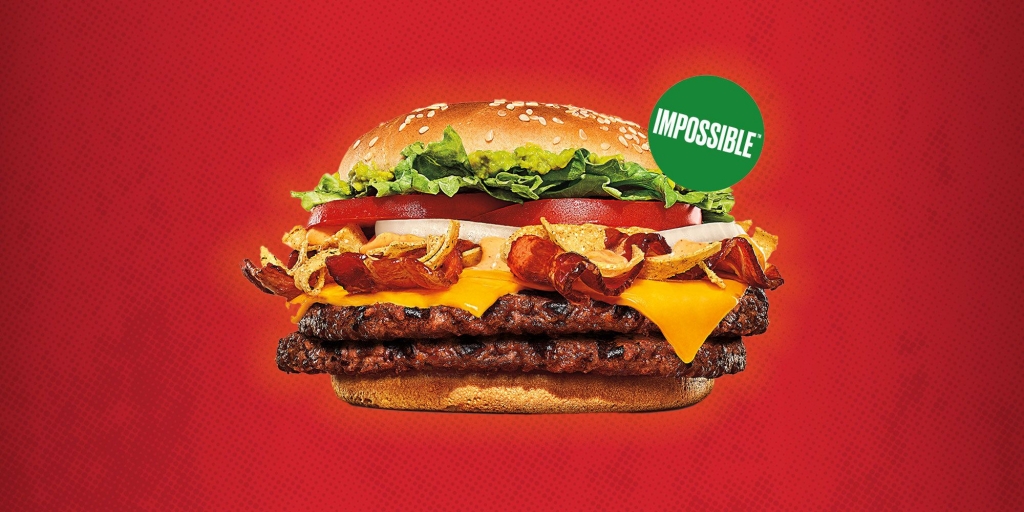 Ironically, the bacon is still there in the Impossible version.

Almost every sandwich on the Burger King menu may have an avocado spread added for $1 if you are a Royal Perks member. It will be an option through the Burger King app or online while the Southwest Bacon Whoppers are available.