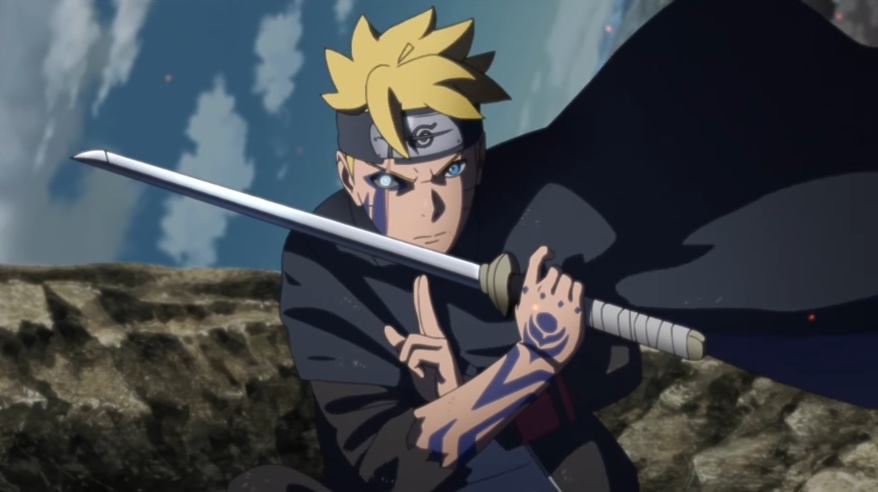 To say that fans are hyped for the release of “Boruto” chapter 49 may be an understatement. Isshiki has arrived in Konoha and this is the perfect opportunity to defeat him. However, there might have been some clues indicating that Naruto and Sasuke will have more enemies other than Isshiki.

It can be recalled that Isshiki has technically overwritten Jigen’s body that resulted in Kawaki losing the karma on his body. Right now, Isshiki has no vessels and if he died he would no longer be able to resurrect himself. The stakes are high for Naruto and Sasuke, so it will not be an easy fight for them.

One of the early teasers for “Boruto” chapter 49 made it clear that the fight will begin soon and fans are expecting Naruto and Sasuke to go against Isshiki. However, the latter may also opt to surprise his rivals by bringing along other capable fighters.

Boruto CH.49 preview blurb, from the backpage feature of VJump~

Amado “switched off” Delta before he left the Kara hideout to defect to Konoha. Boro was defeated by the new Team 7. Kashin Koji turned out to be Jiraiya’s clone designed to fight Jigen. That leaves Code as one of the last Kara members in the manga that could help Isshiki in “Boruto” chapter 49.

The last time the manga showed Code, he was tasked to guard the Ten-Tails that Isshiki had locked up in a different dimension. As Amado explained, the Ten-Tails practically serves as a seed for the God Tree that produces the Chakra Fruit. Considering that Isshiki trusted Code to guard something that valuable says something about the latter’s combat prowess. And it would not help Naruto and Sasuke if he also showed up to fight them in “Boruto” chapter 49.

On the other hand, it does not seem like Isshiki would be needing a backup. Back when has not yet fully overwritten Jigen’s body, he almost killed Naruto and Sasuke. The “Boruto” chapter 49 teasers were clear that Isshiki returns with much more power.

“Boruto” chapter 49 will be released on Thursday, Aug. 20. A free digital copy of its English version will be available through a simulrelease on the Manga Plus and Shonen Jump websites and mobile apps.