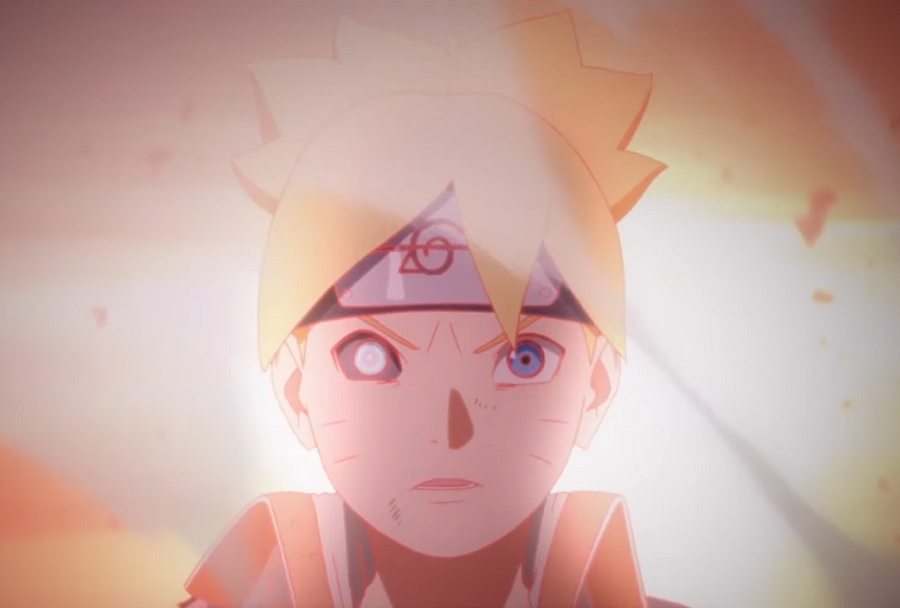 The chapter of “Boruto: Naruto Next Generation” this month is going to be very important as it marks the start of another intense battle. It is then not surprising to have the titular protagonist join the action in a cool entrance that will surprise even Naruto in “Boruto” chapter 49.

The chapter picks up directly from the last scenes in chapter 48. “Boruto” chapter 49 opens with the Konoha shinobi evacuating the village’s civilians. Isshiki nonchalantly approaches one of the ninjas to ask where is Kawaki emphasizing the fact that he does not have much time in Jigen’s body.

Unlike some fans speculated, Naruto will not show any signs of willingness to sacrifice Kawaki to avoid fighting Isshiki in “Boruto” chapter 49. The leaks show that the Seventh Hokage encounters Isshiki by chance, which surprises the villain thinking he would not be able to escape Boro. Isshiki immediately causes some buildings to collapse from Isshiki’s attack, thus, terrifying more civilians and angering Naruto.

Isshiki reiterates he just wants to get Kawaki, but Naruto responds with the first punch of the battle. Isshiki’s power is demonstrated as he manages to land powerful blows in “Boruto” chapter 49 while also dodging Naruto’s attacks. In OrganicDinosaur’s translations, it is noted, “Naruto literally gets sent through a row of large buildings.”

‘Boruto’ chapter 49 release date: How Boruto will join the fight

Before joining the fight, Sasuke has a conversation with Boruto where he reveals knowing (from Sarada) about BoruShiki effortlessly defeating Boro. Boruto will admit in “Boruto” chapter 49 that he is now afraid of losing himself to Momoshiki and that the power he cannot control might end up hurting the people of Konoha. Later, the chapter will show Sasuke promising to his student that if Momoshiki ended up overwriting his body, he will do all he can to defeat him.

Sasuke proceeds outside to help Naruto leading to the latter joking that his friend is late in the action. Sasuke, and later Naruto, starts sending a slew of shuriken to Isshiki’s way even though he can easily shrink these with his sukunahikona dojutsu. Sasuke will then throw his katana to their enemy, and Isshiki is surprised he cannot shrink it. As it turns out, the katana is actually Boruto in disguise -- a move that even Naruto will not see coming in “Boruto” chapter 49.

With his karma, Boruto opens a portal that will send Isshiki and himself to a different dimension. Sasuke and Naruto will follow shortly through another portal. This marks the start of the real fight with Boruto, Naruto, and Sasuke up against Isshiki. The question for the next chapters is if all three protagonists will make it out alive. “Boruto” chapter 49 is out on Thursday, Aug. 20 on Manga Plus and Shonen Jump.