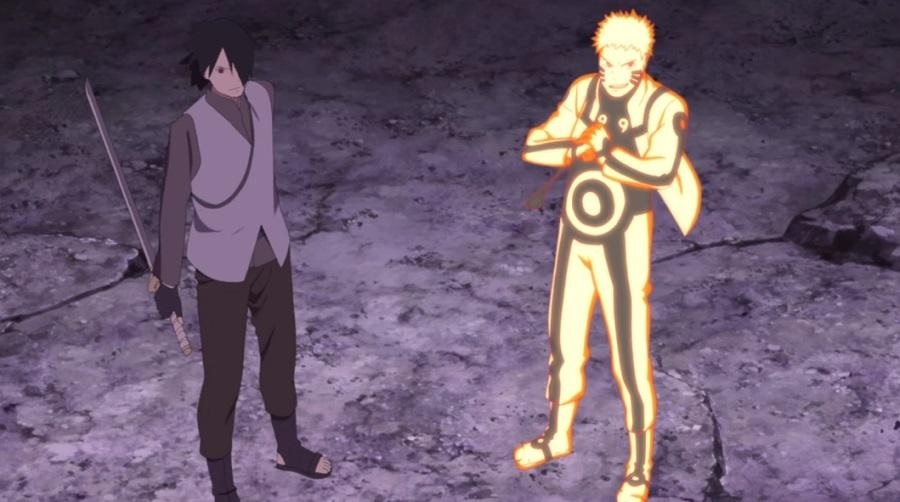 The events from the previous chapter suggest that Jigen does not have any time to waste, and it could be a foreshadowing of his return to Konohagakure in “Boruto” chapter 39. However, the past two installments have focused on fighting scenes that this month’s manga release might be having a break from that.

With the theory in mind, there is one possible way for the ninjas of Konohagakure to avoid fighting with Jigen in “Boruto” chapter 39. One plausible scene is Kawaki surrendering himself to Jigen.

‘Boruto’ chapter 39 predictions, spoilers: Why would Kawaki surrender to Jigen?

Before leaving dimension where he pummeled Naruto and Sasuke, Isshiki Otsutsuki -- in the body of Jigen -- was shown having cracks in his vessel. He then commented that he must immediately get back Kawaki. These suggest that his next stop is Konohagakure in “Boruto” chapter 39 before going back to the Kara hideout.

If “Boruto” chapter 39 will pick up immediately after the events in chapter 38, that means Sasuke might not be fully healed by the time Jigen returns to the village. Other shinobi can cover for him, but seeing that Naruto and Sasuke were no match for Jigen, this will not end well for the Konohagakure ninjas.

They are likely to defend Kawaki after seeing that Naruto took the time to gain his trust and training him. But Kawaki might be the one to decide and just go with Jigen in “Boruto” chapter 39 so his new-found friends will not get hurt any further.

Whether it happens in “Boruto” chapter 39 or not, the very first scene of the manga showed that Isshiki would be eventually successful in using Kawaki as his vessel. In a not-so-distant future, Kawaki and Boruto will fight to decide the fate of the shinobi world.

New chapters of this manga series are released monthly. Luckily, the schedule for “Boruto” chapter 39’s arrival is set in a few days. It will officially come out on Oct. 20.

There have been so many predictions and theories for “Boruto” chapter 39 because of the game-changing turn of events from chapter 38. Jigen did not only defeated Naruto and Sasuke, but he also left the Hokage to die in a different dimension. This might just be the push that Boruto needs to become the hero that he is destined to be for this generation of shinobi.