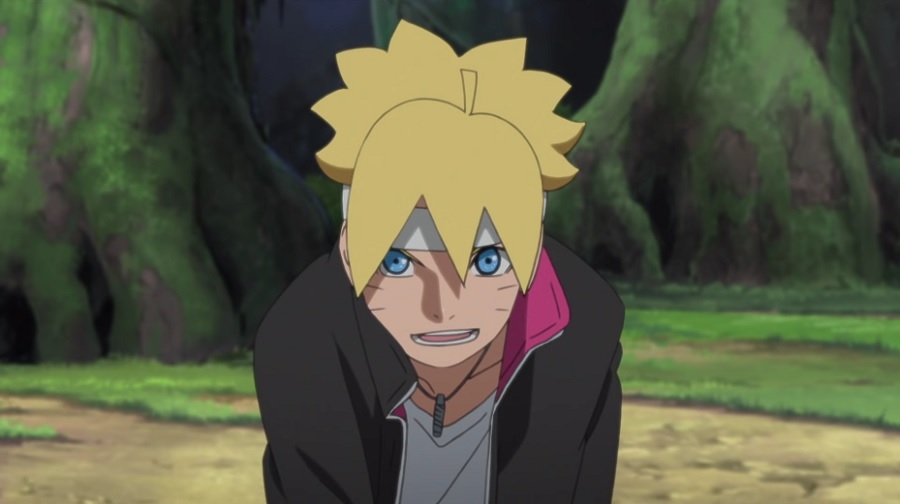 From the trailer of “Boruto: Naruto Next Generations” anime volume 3 | Photo by vizmedia/YouTube screenshot

Manga fans should prepare for a grim storyline in "Boruto" chapter 39. Jigen possibly makes a quick stop at Konohagakure and announce Naruto is good as dead. Kawaki is also likely to be taken by Jigen back and becomes the vessel for Isshiki Otsutsuki soon.

Jigen successfully defeated Sasuke and Naruto, which shows just how powerful he is. Sasuke is severely injured but managed to return to Konohagakure. Naruto is in a more dangerous situation being sealed in another dimension with his chakra draining quickly. This means that no one can stop Jigen from doing whatever he is planning in "Boruto" chapter 39.

Speaking of Jigen's plans, his most immediate task was likely foreshadowed in the previous chapter. It was confirmed that Jigen is also just a vessel, and the real opponent is Isshiki. The latter is so powerful that his vessel is literally cracking and then saying that he has no time to waste in terms of the plan to retrieve Kawaki. All signs for "Boruto" chapter 39 point to Jigen fulfilling this goal.

Sasuke will likely need more time to fully recover from his injuries. This means no one can save Naruto immediately in "Boruto" chapter 39. It is still unknown if he will ultimately die, but this is difficult to rule out, seeing how things are going in their battle against Jigen. If Naruto will not be coming back anytime soon, it means Konohagakure will need a new Hokage.

Several characters could potentially be the next Hokage. For one, Kakashi is still one of the strongest in the village and young. This makes him one of the possible people to take Naruto’s job if it should be decided on "Boruto" chapter 39.

Meanwhile, based on sheer power, Sasuke is obviously one of the candidates. But it is possible that he would rather train Boruto to prepare him in his fight against Isshiki using Kawaki’s body as vessel as shown in the series’s very first scene. "Boruto" chapter 39 will be released on Oct. 20.