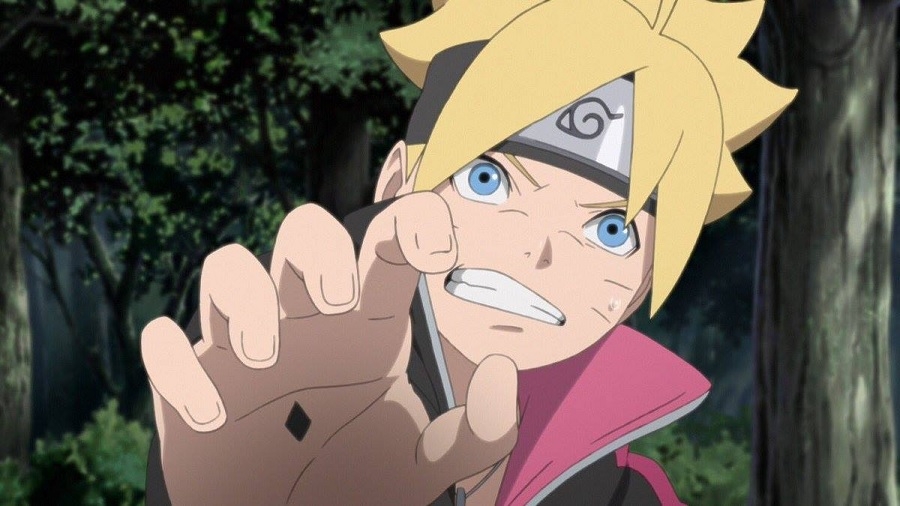 Still from 'Boruto: Naruto Next Generations' episode 74 | Photo by TV Tokyo via Facenook/@boruto.sns

The Kawaki arc is obviously getting more interesting once “Boruto: Naruto Next Generations” chapter 35 is released. The manga will pick up from Kurama’s previous surprise appearance and will possibly explain what the Nine-Tailed Beast’s warning to Kawaki means.

The scene that happened exactly before “Boruto: Naruto Next Generations” chapter 35 focused on the highly unexpected interaction between Kurama and Kawaki. It can be recalled that the latter was determined in fixing the vase he destroyed earlier in the arc. Fixing it somehow serves as a metaphorical representation of how Kawaki is also slowly getting “fixed” as an individual while he stays with the Uzumakis.

While searching for a missing shard of the vase, Kawaki ended up in Naruto’s room. The Hokage was sleeping at the time but Kurama suddenly appeared to remind Kawaki that he must not leave Naruto’s side. It could be a clear foreshadowing of the greater danger happening in “Boruto: Naruto Next Generations” chapter 35 and beyond.

Obviously, Kawaki is in danger as Jigen is hell-bent in getting him back to fulfill his ambitions of making several vessels with the karma seal. But it is also possible that Naruto is in grave danger in the future as they face the Kara organization. Kurama’s warning might be more for Naruto’s sake than Kawaki. Hopefully, “Boruto: Naruto Next Generations” chapter 35 will provide more answers.

Meanwhile, leaders of Hidden Leaf including Naruto does not seem to have a deep knowledge of the karma seal. That makes their upcoming battles with Kara even more dangerous. Now, Jigen already knows that Boruto also has the karma seal after defeating Momoshiki Otsutsuki. That either makes him a target for Jigen or a subject of interest for his experiments. “Boruto: Naruto Next Generations” chapter 35 might include a new plan for Kara that aims to retrieve Kawaki and kidnap Boruto as well.

The manga series is currently on a hiatus. “Boruto: Naruto Next Generations” chapter 35 is expected to be released on June 10.