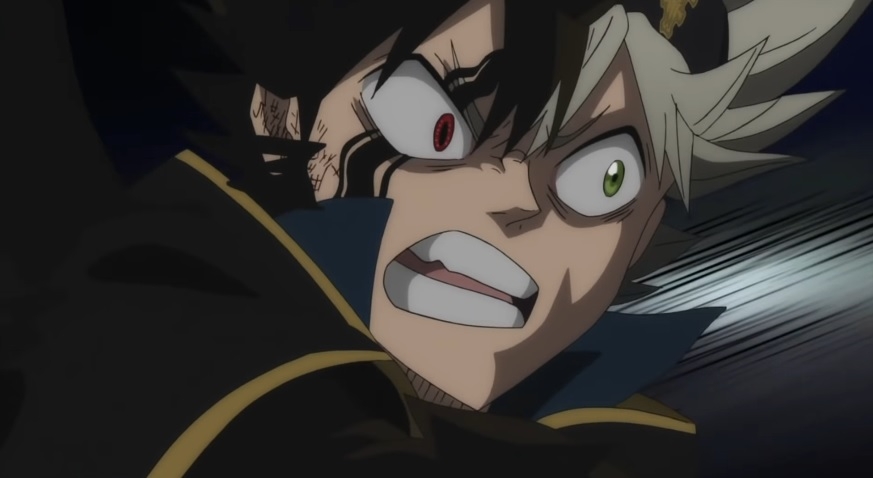 The Magic Knights’ training in Heart Kingdom is coming to an end, but it will not be complete without highlighting Asta’s improvements. Teasers for “Black Clover” episode 157 suggest that his anti-magic devil might be making special participation before the drills are over.

Since Heart Kingdom and Clover Kingdom agreed on working together to defeat the devil that resides in Spade Kingdom, it was established that Asta’s anti-magic powers will be key to winning the impending war. This explains why, despite not having mana, he was chosen to train with the Spirit Guardians.

“Black Clover” episode 157 appears to be the part of the training that is mainly focused on Asta as it is titled “The Five-Leaf Clover.” In previous arcs, it was explained that the five-leaf grimoire is produced when a mage with a four-leaf clover is overwhelmed with despair and hatred. This kind of grimoire can then be possessed by a devil, who can then let their power out through whoever uses the five-leaf clover book.

While the title and some teasers make it seem like “Black Clover” episode 157 would be filled with flashback scenes, the brief video preview hints that might not be the case. The voice in the background narrating what will happen next week could be Liebe, the anti-magic devil who resides in Asta’s grimoire.

Another translated “Black Clover” episode 157 synopsis also suggests it will feature new scenes where Asta is trained by Gaja. Unlike the other Magic Knights who were tasked to control their mana better, Asta’s main challenge is to “listen to his five-leaf grimoire.”

“Black Clover” episode 157, which will be released on Tuesday, Dec. 22, is going to be the last episode of the year, according to known anime news sources. That means the anime series will be on break on Dec. 29 and will return with a new episode on Jan. 5, 2021.

The good news is the anime series will start to use manga source materials again once it returns next year. “Black Clover” episode 157 will be available through simulcast on Crunchyroll.