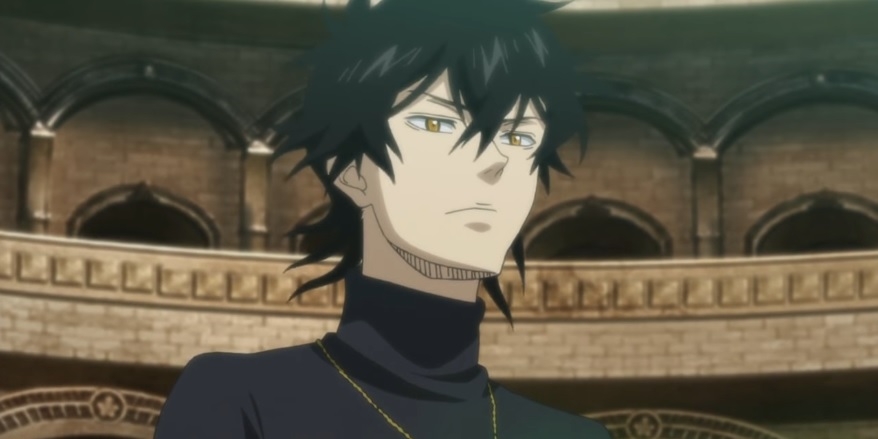 The video preview of “Black Clover” episode 156 focused on Yami while he is training himself, but it also showed a character that anime-only fans have not seen before. This person will be important for Yuno as he will deliver the news about his real parentage and connection to the Spade Kingdom.

The teaser suggests “Black Clover” episode 156 will pick up from the last scene in the latest installment where Yami was shown talking with the Black Bulls in the Heart Kingdom. What they do not know is Yami is doing his own training in the Ultimate-Volcano Mountain Trail.

However, the video preview ends with a new anime character who is being chased by several other cloaked men. This character has already been introduced in the manga, and his name is Ralph Niaflem. It is still unclear if his first meeting with Yuno will be covered in “Black Clover” episode 156. There have been reports that the anime will not cover manga chapters until episode 158, which is expected to air as the first episode of 2021.

Ralph’s introduction in “Black Clover” episode 156 is going to be important and could explain why Yuno was written to stay in the Clover Kingdom despite being an obvious choice to train with the Spirit Guardians. Ralph is part of a resistance group that defies the leadership of the Dark Triad in the Spade Kingdom.

If the anime faithfully follows the events from the manga, Ralph should end up in Hage, where Yuno will meet him. From there, Ralph should explain how the Dark Triad came to power and how Yuno ended up in the Clover Kingdom. Most importantly, he is going to confirm who are Yuno’s parents.

Meanwhile, the other very likely highlight of “Black Clover” episode 156 is Yami’s training. Like everyone else, the captain of Black Bulls also saw a power boost after the manga timeskip. The upcoming episode will likely fill in the events of how he gets to surpass his limits.

Black clover anime will be on break on December 29th, broadcast will resume on January 5th 2021 with ep 158.

“Black Clover” episode 156 will be released on Tuesday, Dec. 15 and will stream on Crunchyroll. After this, there will only be one episode left for 2020 and the anime will return on Jan. 5, 2021.