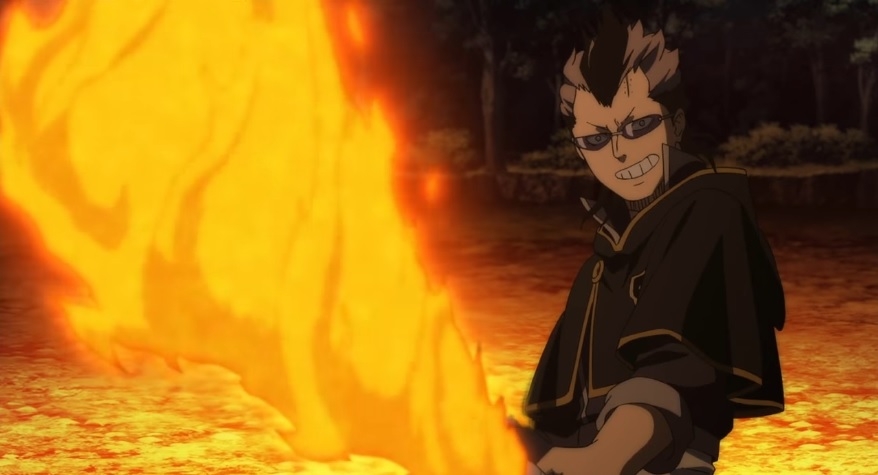 The official preview of “Black Clover” episode 155 confirms that Magna will be able to join the training in the Heart Kingdom with their five Spirit Guardians. However, things will not be easy for him just as Yami predicted.

Some fans might agree that it was a bit heartbreaking to see Magna tremble in frustration after he learned he was not selected to join the Heart training. Yami had a good reason, though. The Black Bulls captain implied that Magna’s mana level might not be conducive for the kind of training they will receive from the Spirit Guardians. While Asta does not have mana, he has anti-magic that makes him an Arcane Stage mage.

Yami agreed to arrange for Magna to be included, and it appears that they manage to find a way as Magna appears working along with Luck in one scene shown in the “Black Clover” episode 155 preview. Unfortunately, a task that looks very easy for Luck to do is already a struggle for Magna. Manga readers know that Magna will fail one of the challenges Gaja will issue to the Magic Knights, but it is going to be interesting to see how this story arc will pan out for underdog Black Bull.

Meanwhile, the “Black Clover” episode 155 synopsis indicates that Queen Loropechika will also participate in the training. It is very likely for her to work closely with Noelle as they both use Water Magic. Other Spirit Guardians have Lightning, Earth, Plant, Fire, and Wind magic so they each will be a huge help for the Magic Knights that they will help train.

Asta, on the other hand, will be working with Gaja. Since he does not have magic or mana, the Spirit Guardian will give him “special training” that will immediately include facing Gaja in a battle.

This story arc has been highly anticipated by fans because it will fill in the events that were not shown in the manga and will explain the key Magic Knights got stronger after the six-month timeskip. This arc should also include the story of how Asta finally learns to fly with his anti-magic sword.

“Black Clover” episode 155 will be released on Tuesday, Dec. 8. New episodes are released on the same day for fans outside Japan through Crunchyroll.