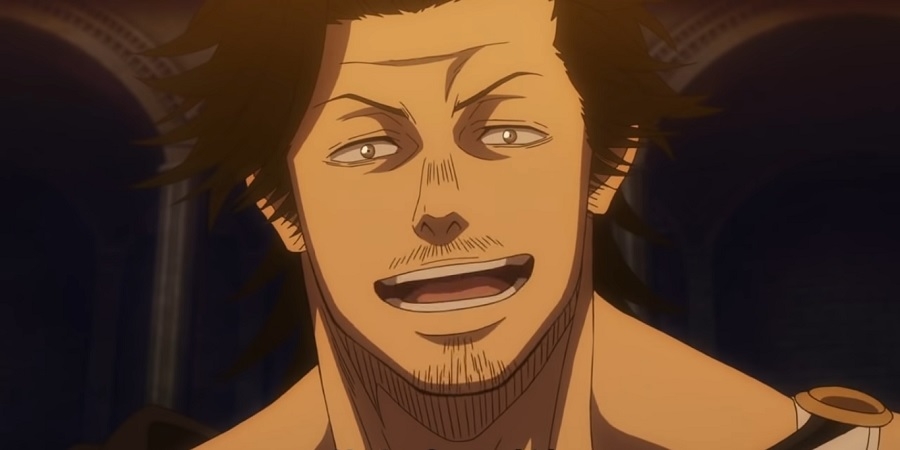 Aside from training for the biggest fight of their lives, the Magic Knights are also facing image problems across the Clover Kingdom. This leads to Julius Novachrono’s idea of having the Magic Knight Captains battle each other in an upcoming competition in “Black Clover” episode 151.

The official title of “Black Clover” episode 151 is quite self-explanatory: “Clash! The battle of the Magic Knights Captains.” While it is very likely that a no-kill rule will be in place, every squad Captain can be very competitive so fans should only expect some of the best action scenes to come out of this competition.

A brief video preview of “Black Clover” episode 151 shows Yami of the Black Bull and Jack the Ripper of the Green Mantis entering the competition together suggesting they are on the same team. These two have one of the best friendly rivalries in the entire series, but they also have one of the best tandems when the Clover Kingdom was being attacked by the elves.

Fuegoleon and the Salamander also appear to join the action in “Black Clover” episode 151, but it is unclear who is his teammate. It is worth noting, though, that Yami also shows up in the teaser seeming trapped in Dorothy’s Dream World. So the captains of Crimson Lion and Coral Peacock could be working together, which is interesting because Feugoleon has always been paired with Nozel of Silver Eagle.

So, why are the Magic Knights Captains engaging in an intense exhibition battle in “Black Clover” episode 151? As mentioned, the idea comes from the Magic Emperor following the realization that the citizens of the Clover Kingdom still find it difficult to trust that the Magic Knights can protect them after all the destruction caused by the Eye of the Midnight Sun’s recent attack.

The upcoming clash is not part of the manga stories, so “Black Clover” episode 151 is the only way fans can witness this rare event. Julius will have the competition be broadcast across the Clover Kingdom since this exhibition is mainly for the sake of the citizens. However, anyone who knows Julius may think that this competition could also be self-serving since the Magic Emperor loves to watch amazing magic spells.

“Black Clover” episode 151 will be released on Tuesday, Nov. 10. Crunchyroll’s simulcast of new episodes is up every Tuesday (U.S. dateline) as well at 7:25 p.m. PST.