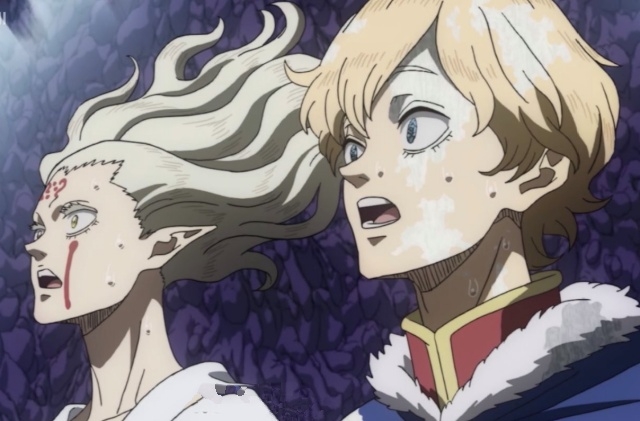 “Black Clover” chapter 239 is coming up after a week of delay. Although it is great that it will be back, the sad thing is that the next scenario as Zenon brutally defeated the Golden Dawn warriors who tried to protect the Clover Kingdom and the Arcane Stage mage.

Apparently, the captain of the Golden Dawn, William Vangeance, was not able to topple Zenon, who intruded into their kingdom and destroyed everything, including the warriors. Many died, and when Yuno tried to get him for what he did to his comrades and people, he also suffered from a big blow, and a sword went straight to his chest after Zenon unleashed his Bone Magic once again.

In the last chapter, Yuno saw how everyone fell on the ground after being hit by Zenon’s attacks. He was really furious that along with Letoile and Klaus, they tried to stop the enemy. However, even with the three of them, they still failed to overcome the villain’s powers.

This means to say that they realized that their skills are no match to Zenon’s. In fact, even Yuno’s strongest force, which is the Spirit of Zephyr, is not enough to defeat the opponent because of Zenon’s ability to regenerate fast after every attack.

“Black Clover” chapter 239 will pick up from the time when Zenon used 55% of his devil’s power and pierced Yuno with a sword it created. Then again, it is not certain yet if Yuno died in that encounter.

Zenon brutally defeated the members of the Golden Dawn. He also insulted them and called them weak since he defeated everyone, including the powerful Yuno.

On Reddit discussion board for “Black Clover” chapter 239, it was mentioned that Asta saw what happened to Yuno and everyone else, and he was devastated. In the end, he will take things into his hand and take revenge. He will face Zenon, but he could be facing more enemies as the Dark Triads are coming and looking for Captain Yami of the Black Bulls.

As per Fandom, “Black Clover” chapter 239 is called the “World Tree Magic: Budding of Yggdrasil” or “Seikaiju Kaifuku Mahō Yugudorashiru no Mebuki" in Japanese. This is about a healing spell, so it is likely that this has something to do with healing Yuno and bringing him back to life or good health.