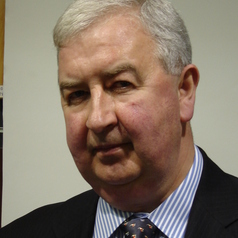 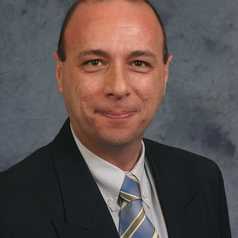 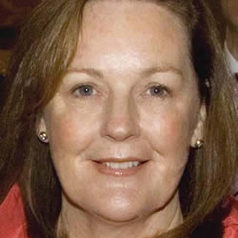 The chief executives of Australia’s big four banks are this week being called before a House of Representatives economics committee. We asked a panel of experts what questions the committee should be asking.

Ian Narev’s comments on bank incentives at the parliamentary committee suggest that the debate on the link between shareholder and consumer’s best interests still has a way to go.

Australian banks need to tread very carefully in areas where they are both manufacturers and distributors of financial products such as insurance, investment products and superannuation.

The issue of conflicted advice occurs when staff are incentivised to sell the bank’s own product, which may or may not be in the customer’s best interest. Incidents such as the failure of Storm Financial, where leveraged margin loans were sold to customers on the verge of retirement, clearly demonstrate this point.

According to the 2014 Financial System Inquiry (FSI) such failures have a consistent theme: poor product design and distribution practices that disregarded consumer behavioural biases and information imbalances played a significant role.

To some extent Future of Financial Advice Reforms legislated in 2015 address this issue but more needs to be done where banks are concerned.

Accordingly, the government has accepted the recommendation of the FSI to legislate for increased accountability for issuers and distributors of financial products to ensure a stronger customer focus in product design and marketing. It will also strengthen ASIC’s power to intervene when products are poorly designed and targeted.

Good business for bankers is satisfied consumers, long-term relationships, and a clean balance sheet with minimal reputation risk. How incentives are shaped has a major bearing on this outcome.

At the end of the day it’s a matter of culture for Boards and management to get this right.

Just before the bank CEOs were due to face politicians to be publicly flayed, the Australian Bankers Association (ABA) announced that all of the major banks would create a completely new role inside of their organisations - that of the Customer Advocate.

As described by the ABA, the role will be to:

“Enhance existing complaints processes and ensure customer complaints are escalated, and responded to within specified timeframes and that responses are thorough and fair.”

This is a belated admission that banks have basically fobbed off customer complaints until now. It should be noted that NAB, to its credit, had mooted a different form of such a role for its wealth division in 2015.

There are many questions that members of the House committee could ask about the detail of this new plan, but it is no doubt still being worked out.

One salient line of questioning that could be pursued at this time is what is the role of Australian Securities and Investments Commission, the conduct and consumer regulator, in this new process? Has ASIC been involved and given its support to this industry initiative? And if not, why not?

A cheeky politician could also ask if the creation of this customer advocate role is just a delaying tactic.

Necmi Avkiran, Associate Professor in Banking and Finance at University of Queensland

Despite banks being part of the intricate financial system that affects all citizens, in a free market the banks’ primary responsibility is towards their shareholders. Ideally, unfettered competition should look after customers’ interests.

The Federal Government and Reserve Bank of Australia (RBA) already have a policy of “no mergers” among the big four banks designed to nurture competition. On this issue, the key question is whether the big four already hold too much of the market share and stifle competition in an oligopolistic environment.

It should be noted that in July 2016, the big four held 82.57% of the loans to households and accounted for 80.38% of the systemic risk in the Australian financial system. Given the safety net of the bank guarantee offered by RBA, these are rather large numbers that may send the wrong signals about competition in the banking sector.

If the RBA were to increase the rate charged to banks for short-term borrowing, banks would pay more attention to rates charged to customers and the ability of customers to pay back loans. This would also shift the focus from shareholders to customers for a more balanced business model where taxpayers are not expected to pay for any poor decisions made by banks.

If the Big Four are gaming regulatory rules, it is up to Australia Prudential Regulatory Authority to pull them in line. In fact, the Big Four have already come under fire from the vice-chairman of US Federal Deposit Insurance Corporation for low capital levels and the implicit burden on taxpayers.

Necmi K Avkiran and Pat McConnell do not work for, consult, own shares in or receive funding from any company or organization that would benefit from this article, and has disclosed no relevant affiliations beyond the academic appointment above.