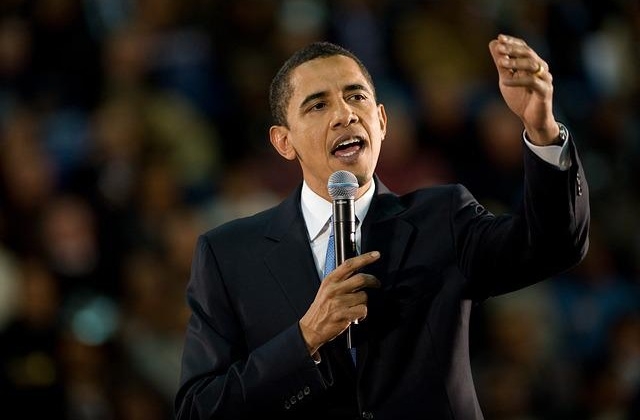 Barack and Michell Obama founded Higher Ground Media, a production company, and it reportedly inked an exclusive deal with Amazon's Audible, a platform that offers audiobook and podcast services.

The Obamas' Higher Ground partnered with Audible after ending its deal with Spotify in April. The contract is a multi-year agreement and will give the latter the first dibs on Higher Ground's content, such as various audio projects that will be distributed around the world.

As per CNN Business, the financial details of Higher Ground and Audible's deal were not disclosed to the public. The exact span of the contract's effectivity was not revealed as well.

It was mentioned that the partnership was announced earlier this week after reports that the Obamas cut their partnership with Swedish audio streaming and media services provider two months ago.

The Washington Times reported the new deal officially ended the former First Couple's three-year collaboration with Spotify, which started in 2019. The Obamas already revealed months ago that they have no intention of renewing or extending their contract with Spotify due to differences in strategy.

Former President Obama explained why it chose to team up with Amazon's Audible this time by saying, "At Higher Ground, we have always sought to lift up voices that deserve to be heard — and Audible is invested in realizing that vision alongside us. I am looking forward to partnering with them to tell stories that not only entertain but also inspire."

Michelle Obama added that they are very proud of the stories that they are able to share at Higher Ground. She added, "There is no one we'd rather write our next chapter with than Audible. Together, we will keep striving to tell compelling, provocative, and soulful stories — while doing everything we can to make sure they reach the folks who need to hear them."

Meanwhile, all the original content produced by Higher Ground will not be exclusive to Audible. As part of the deal, these will instead be distributed across the globe via a number of podcast platforms.