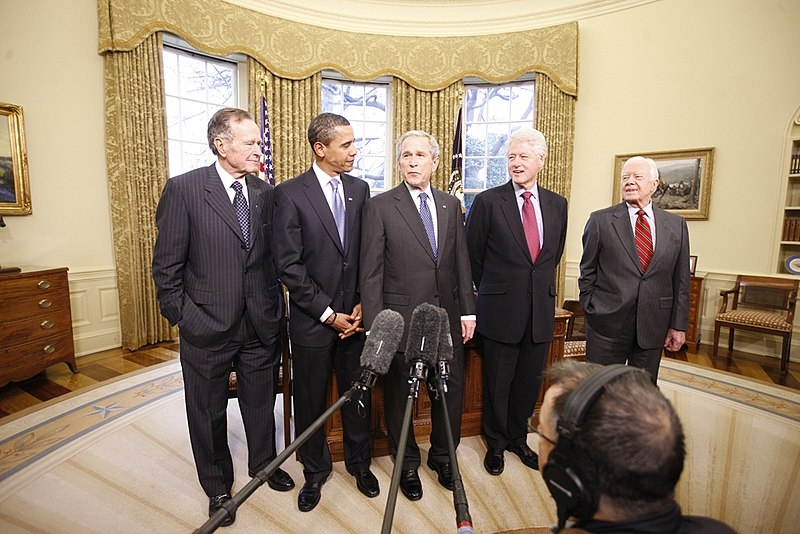 Former President Barack Obama will join his predecessors George W. Bush and Bill Clinton in witnessing Joe Biden get inaugurated as the 46th President of the United States. That is not the only thing the former presidents are set to do as they will also join Biden in the wreath-laying at Arlington Cemetery.

In the spirit of bipartisanship and unity, and also in keeping with the inauguration theme “America United,” Obama, Bush, and Clinton would be joining Biden in laying a wreath at the Tomb of the Unknown Soldier at Arlington National Cemetery. This would be one of Biden’s first acts as president shortly after swearing-in alongside his vice president Kamala Harris. Former first ladies Laura Bush, Michelle Obama, and Hillary Clinton would also be present at the event to join Dr. Jill Biden and Harris’ husband, second gentleman Doug Emhoff.

This act of uniting and bipartisanship also highlights the isolation of outgoing president Donald Trump. Trump will not be attending Biden’s inauguration, but outgoing vice president Mike Pence is expected to be present at the event. First lady Melania Trump is also not expected to attend. Trump’s decision to skip the inauguration was also something the president-elect said he has agreed with but added that Pence is welcome to attend.

Former president Jimmy Carter will not be attending the inauguration this year as will his wife, former first lady Rosalynn Carter due to the pandemic.

All the former presidents previously spoke out against the riots that occurred at the Capitol last week. Crowds of Trump-supporting “domestic terrorists,” some holding and waving Confederate flags, stormed into the Capitol on the day of the joint session of Congress in an attempt to undermine Biden’s election victory and stop the lawmakers from formally counting the votes. The session resumed hours later with Biden’s win getting formally certified.

“History will rightly remember today’s violence at the Capitol, incited by a sitting president, who has continued to baselessly lie about the outcome of a lawful election, as a moment of great dishonor and shame for our nation. But we’d be kidding ourselves if we treated it as a total surprise,” said Obama in his statement.

Clinton called out the outgoing president by name in his statement. “The match was lit by Donald Trump and his most ardent enablers, including many in Congress, to overturn results of an election he lost.”

Bush described the events as “sickening” and that this was how election results were contested in a “banana republic.”