Banking royal commission should be paid for by banks 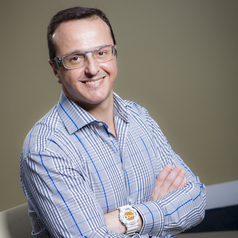 There are cultural and ethical malpractices prevalent in Australian banks which our regulations do not address, and which our regulators have struggled to contain. Those malpractices appear to be spreading, and our banks have failed to act meaningfully. The potential effects can be dire, so we need to find solutions. The Financial System Inquiry failed to address the problem. A royal commission would.

It’s important to remember how the global financial crisis started out. It began with the sub-prime disaster: a large industry developed around writing dodgy loans, sold using pressure-cooker predatory lending, by unscrupulous lenders – none more so than Bank of America’s Countrywide Financial.

When that was not enough, banks, including Bank of America, engaged in document fraud on an industrial scale (something CommInsure employees dabbled in too).

The point is, dodgy dealings and an unethical culture in the banking system can create catastrophic, national and international problems.

In response to having to bail out banks after the financial crisis, the world’s major economies have moved to write new rules, and we’ve followed those developments here in Australia. But these new rules, largely related to technical criteria like levels of retained capital, have their limits. If they’re too stringent, we strangle our banks. But wherever we set those limits, banks push back against them, and sometimes with considerable success.

The regulations we enact to control the conduct of our banks are policed by ASIC and APRA. Those organisations face enormous challenges. For whatever reason – be it lack of resources as they would have us believe, or be it poor performance, as their critics would have you believe – both organisations have had limited success. Under ASIC’s nose the financial advice scandal, principally at the Commonwealth Bank, was allowed to rot and fester for years.

ASIC Chairman Greg Medcraft says funding constraints have limited the amount of “proactive surveillance” the regulator can do. But over a period of 18 months whistleblowers, at considerable personal risk, provided ASIC with documentary evidence of what had been going on at the Commonwealth Bank. It was only when the story exploded in the press, after it was exposed by Fairfax Media journalist Adele Ferguson, that ASIC got cracking.

Set against that performance is the sheer, gargantuan size of the job ASIC has to do on a daily basis. It is responsible for policing legislation which runs to thousands of sections, across every incorporated entity and company in this country. So we need to accept the limits of what our regulators can achieve through regulation.

The question of culture

In the face of the cultural and ethical failings we have seen recently with the Commonwealth Bank’s financial advisers and ANZ’s alleged rigging of interest rates, the question is one of conduct. Before we have our own subprime disaster, what can we do to improve the conduct of our banks?

ASIC’s Medcraft says the regulator “can’t look over every person’s shoulder”, and that it’s “up to gatekeepers to think about their culture so we don’t get the wrong outcomes”.

Asking that question – how to improve the culture of our banks - involves asking for information which may be incriminating. The people asking the questions, in order to arrive at credible answers, need the power to compel those answers. If compelled by a royal commissioner, the answers would have to be given publicly.

Banks, of course, are worried. There can be no doubt their employees have engaged in practices that they don’t want aired. So they’re pushing back. They claim it would be a distraction. But being held accountable should never be regarded as a mere distraction.

We shouldn’t be duped into thinking we are not allowed to hold to account the same banks that we, as taxpayers, are called upon to underwrite. Our federal government supported our banks during the financial crisis using taxpayer’s funds. That gives taxpayer’s the right to enquire. Given tens of thousands of consumers were affected by the financial advice scandal, and that every person in Australia would have been affected by interest rate rigging, we not only have a right to enquire, we have a duty.

Banks, through their chief lobby group, the ABA, say a royal commission would be hugely expensive, and that taxpayers should not have to pay. Fair point. Taxpayers should not have to pay. Obviously someone must pay, and in light of the fact that this commission would be called to investigate longstanding malpractices by banks – banks that have had notice of these issues and failed to resolve them - it seems only fair that banks should have to pay. Perhaps by way of a special levy?

Fundamentally the problem remains: we have banks that have allowed behaviour to go on which in certain circumstances is criminal; much is unethical; tens of thousands of Australians have been left devastated. Our regulators have failed to effect real, deep, cultural change in our banks. The Financial System Inquiry’s findings are not relevant. The banks are wealthy enough to afford, and are deserving of, footing the bill for a royal commission. And even they would benefit from the opportunity to clean house.

Andrew Schmulow does not work for, consult, own shares in or receive funding from any company or organization that would benefit from this article, and has disclosed no relevant affiliations beyond the academic appointment above.