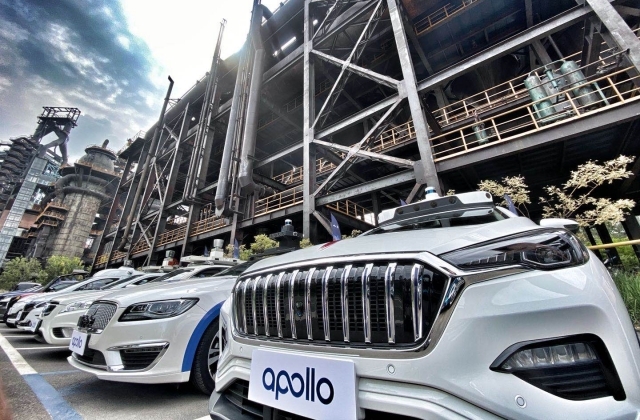 Baidu, a Chinese multinational tech firm specializing in Internet-related services and artificial intelligence, wants to put its Apollo robotaxis on the roads in China by 2023. The company also pledged to produce 1,000 units of these driverless taxis in three years.

Baidu’s plans for the smart taxis

As per Reuters, Baidu said on Thursday, June 17, that its smart driving subsidiary, Apollo, is aiming to cater to three million taxi riders in China. The Chinese company is hoping to have a fleet of 3,000 robotaxis traversing the roads in the region when it finally becomes commercialized.

To achieve its goal, Baidu announced that it is joining forces with ARCFOX, BAIC Group’s electric vehicle (EV) brand. Together, they will work to develop the Apollo Moon, the EV robotaxis that will later be mass-produced. It was mentioned that this car model costs ¥480,000 or around $74,766.36 per unit.

Baidu’s Apollo Moon cars will be made under BAIC’s ARCFOX label, but the company will be providing the autonomous driving systems and software that will be installed in the units. At any rate, with the partnership with BAIC, the Beijing-headquartered tech company is hoping to mass-market rollout the EVs once the testing phase is over and the results state a successful project.

Robotaxis for commercial use

CNBC mentioned that while Baidu’s plans for the robotaxis have been laid out, it is not clear when the actual production is set to begin. There is no exact detail about the period that Baidu is aiming to deploy the first batch of the driverless EVs.

Meanwhile, Baidu is already testing the robotaxis on the actual road in major cities across China. The smart EVs have been in Shanghai and in Beijing, Baidu also tried collecting fares from passengers who rode the robotaxis around Shougang Park.

While Baidu has big plans for its driverless taxis, it is still facing competition from a number of Chinese start-ups, including Pony.ai and WeRide. These brands are also said to be already testing their units as well in the city of Guangzhou, but perhaps, Baidu still has some edge over its rivals since it has been in the business for a longer time.