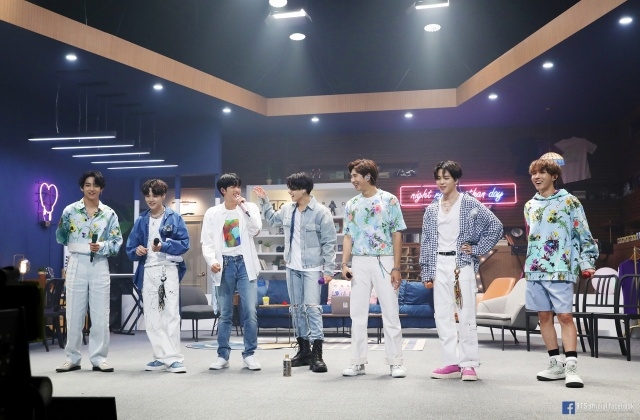 On Aug. 18, the 28-second video clip was posted on YouTube and it showed RM, Jin, J-Hope, Jungkook, V, Jimin and Suga unleashing their groovy dance moves in front of a building with a giant “disco” signage. It was short but any fan can really feel the excitement already.

As of this writing, the teaser has garnered more than 42 million views already. Thus, it is not surprising anymore if the full music video will get more than this number of views and it has only been two days since its upload.

The concept for “Dynamite”

It seems that BTS went for a retro concept for “Dynamite.” As can be seen in their clothing styles in the video, they are wearing something that looks like they were from the 70s. Their hairstyles also suggest that this is the theme that BTS is going for.

Moreover, the disco era happened in the late 60s to early 70s so there is no mistaking that they will be releasing a groovy song with the sound from the past. This is not bad at all because this genre is still very much being followed even by the younger generations.

In any case, aside from the release of “Dynamite,” Big Hit Entertainment also shared that BTS will be performing this English song at the 2020 MTV Video Music Awards that will be held on Aug. 31. The group is one of the performers and they were nominated for three major awards too which include Best Pop Video, Best Choreography and Best Kpop Act.

For September, NME mentioned that BTS is set to release its new movie called “Break The Silence: The Movie.” It will premiere in the U.S. this Sept. 24 while it will be released in South Korea on Sept. 10. The movie will give fans a peek at how the group prepared and staged their 2019’s “Love Yourself: Speak Yourself World Tour.”

Meanwhile, “Dynamite” is coming this Aug. 21.