BTS is expected to make history on Billboard by debuting no. 1 at Hot 100 Chart 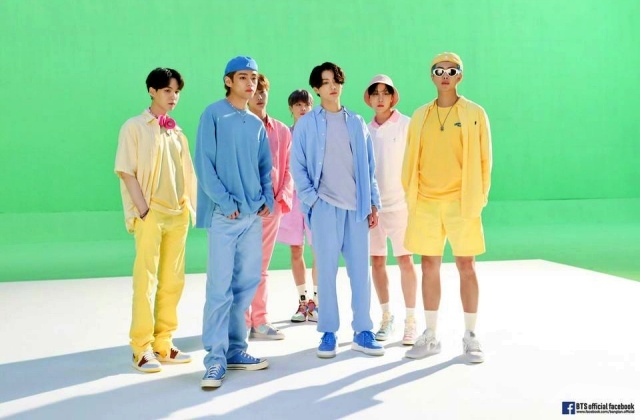 BTS is undoubtedly the world’s most popular boy band today. After dropping their first full English track titled “Dynamite” on Aug. 21, the boy band has swept all types of music charts worldwide.

BTS even made new history on YouTube after their music video for the single hit millions in just a few hours after it was uploaded. Thus, in 24 hours, the views have spiked up to reach more than 100 million and this is quite a feat.

BTS’ “Dynamite” is now the video-sharing site’s most viewed video of all time. It is also the fastest single video to reach millions of views in just 24 hours.

“We can confirm that BTS’ 'Dynamite' official MV has set a new all-time 24-hour record, surpassing 100 million views with its 101.1 million views in the first 24 hours,” a YouTube spokesman told Variety through email. “BTS 'Dynamite' music video has set a new all-time record for the biggest music video premiere with over 3 million peak concurrent views.”

As of the moment, and after six days, “Dynamite” has over 216 million views already. Perhaps, the reason for this number is the fact that the song in English so fans of different nationalities could easily hum along and instantly understand the lyrics without any subtitle.

It was reported that BTS also tops Spotify after it recorded more than 12.6 million streams on the day it was released which was on Aug. 21. This was the music streaming site’s biggest number of streams in 2020. “Dynamite” is also on Spotify’s Global Top 50.

Now, Forbes reported that BTS could also make a historic record on Billboard by debuting at no. 1 on Billboard Hot 100 for “Dynamite.” The publication stated that the song is expected to blow up and takes the first place on next week’s Billboard Hot 100. This prediction is said to be based on the details from Chart Data.

Meanwhile, BTS is set to appear on MTV’s Video Music Awards next month and they will be performing “Dynamite” as one of the performers. The septet was also nominated in several categories including Best Kpop Act and expected to bring home more than one awards.