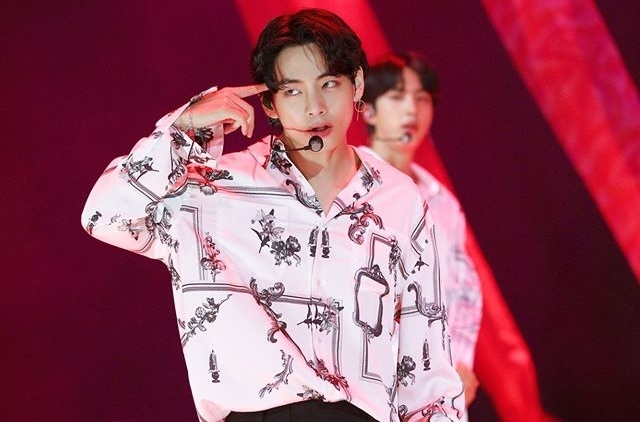 BTS V is no doubt one of the most popular Kpop idols today and his closest competitors are usually, just his co-members too, especially Jungkook. Then again, this does not mean that there is competition within their group as everyone is really close to each other.

The group members just naturally become rivals at times because they are also being ranked individually in almost every aspect and not just in terms of music. For instance, BTS V, Jungkook and Jimin are always in the top 10 in the surveys for the most handsome men.

Since they are really popular around the world, BTS V and his bandmates have broken many records as well. This often happens in relation to their music and social media presence.

The 24-year-old has conquered the world yet again after dominating the Worldwide iTunes Charts in 113 countries. And this is not all, he was said to have just made new history in UK’s iTunes Chart too.

As per Allkpop, BTS V topped the iTunes Top Songs in 112 countries with his self-composed track titled “Sweet Night.” But just one day after the report came out, another country has been added to the list thus his new record is topping Apple’s music chart in 113 countries.

The said track was also used as the official OST of Park Seo Joon’s drama called “Itaewon Class.” BTS V actually wrote the song specifically for the drama as the lead actor is also one of his closest friends.

He exhibited his exceptional skills in writing a song through this successful track and for that, he was also labeled as a phenomenal musician. “Sweet Night” was also named as the fastest-selling and no. 1 chart ranking OST in history, at least in South Korea.

Meanwhile, BTS V and his co-members held a V LIVE streaming this week and they announced that they are set to unveil a new album in August. Prior to this, the band will release a new digital single for the summer. They revealed that this will be an English upbeat track so that their fans all over the world can enjoy it especially in this time of hardships due to the pandemic.