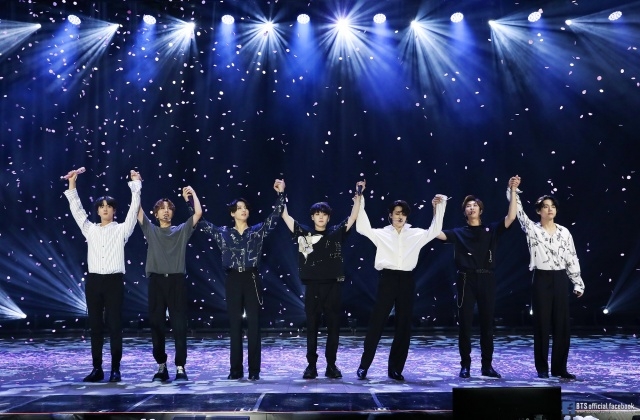 BTS is no doubt the biggest boy band on the planet in this era. They continue to hug the headlines, the music charts worldwide and even the social media.

They made new history again recently when their “Love Yourself: Answer” album that was released in 2018 remained on Billboard’s World Albums Chart. This means it stayed at the top for 100 weeks already and this history.

Soompi reported that their most recent album titled “Map of the Soul: 7” is on the Billboard as well and it has been at no. 1 for 22 weeks as of this time. Prior to these rankings, in early July, it was said that one of BTS’ albums called “Love Yourself: Tear” became the first Korean album to stay at the top for 100 weeks in the world albums chart.

And this is not all, other tracks and albums of BTS are also in the listing of top 10 and have been in their places for weeks. The group is also set to release their first English song next month and needless to say, this will make it to the Billboard as well.

The boys have chosen to produce an English track as they think this is the only way they can cheer up their fans at this time of the pandemic. It is also memorable that they are singing in a language that most fans around the world can understand.

“We were initially set to drop an album later this year but decided to release a single in advance for you,” RM told fans via V Live early this week. “We wanted to invigorate you, as you have been going through tough times due to the Covid-19 pandemic.”

Meanwhile, other than a new song and album, BTS is also coming up with a new reality show, as per South Korean’s Sports Donga. It will be a nature-themed program that will air on JYBC starting this Aug. 19. Fans can watch it every Wednesday at 11 p.m. KST.

For fans who are part of the Weverse community, they can enjoy an extended version of the episodes. It was said that they can watch a longer 80-minute show but this will only be available to subscribers.