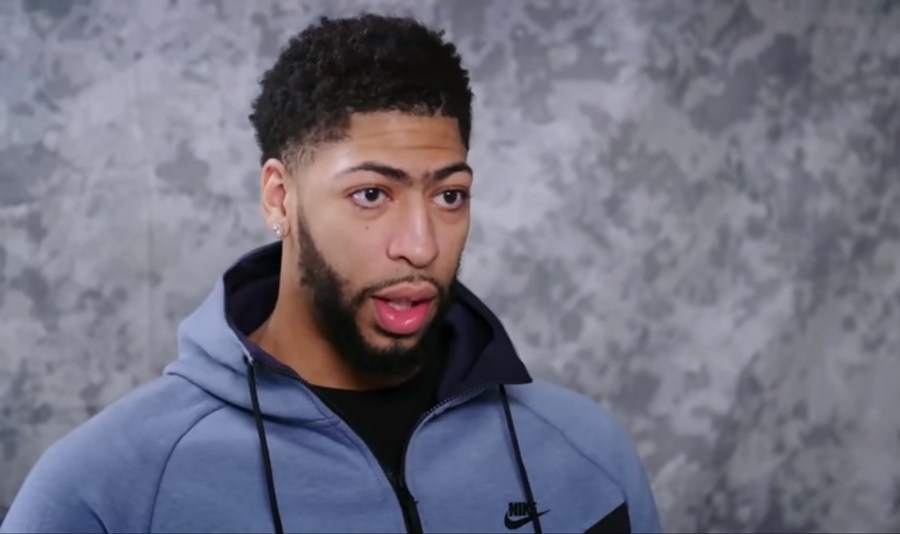 Anthony Davis has recently been fined $15,000 by the NBA due to him flipping a fan off. The incident highlights the growing dislike of the Pelicans fans towards the 26-year-old following his trade request back in January, Yahoo Sports reported.

It’s still unclear what exactly caused Anthony Davis to throw the offensive gesture, but speculations are revolving that this particular fan may have sparked the exchange. Here’s the explanation of the fan who took the video.

“Long story short the old dude in the stands behind me flipped [Anthony Davis] off first because he was upset that he spent so much money on season tickets and all AD has been doing is sitting out, then AD responded,” the fan elaborated. When the news broke out, Davis apparently offered a parallel explanation for the incident. His reply can be found here.

Regarding the future of Anthony Davis and what team will likely acquire him this summer, nothing has been forthcoming in recent weeks. As can be expected, the Los Angeles Lakers remain front and center as the team who will most likely land the young superstar.

However, the Lakers’ chances of snatching Anthony Davis will only be viable in the off-season since it’s already been said that the Pelicans will not send him to LA no matter what. But even in the off-season, it appears that the Lakers will have difficulty in acquiring the talented forward/center if Stephen A. Smith’s recent statement is anything to go by.

He explained in “First Take” that some people within the league despises Rob Pelinka, the general manager of the Lakers. Since it’s Pelinka’s job to find ways in how to obtain Anthony Davis, his reputation will possibly hinder the organization’s endeavor.

“Rob Pelinka, there are people in the league who despise him to the point where I can’t even throw aside the word hate. They don’t talk about him glowingly; they have a real problem with him. They don’t like him. In some instances, they’ve been highly reluctant to take his phone calls which is why Magic had to be involved in terms of being on the phone particularly when it came to the issue involving Anthony Davis and the Pelicans.” Smith said.