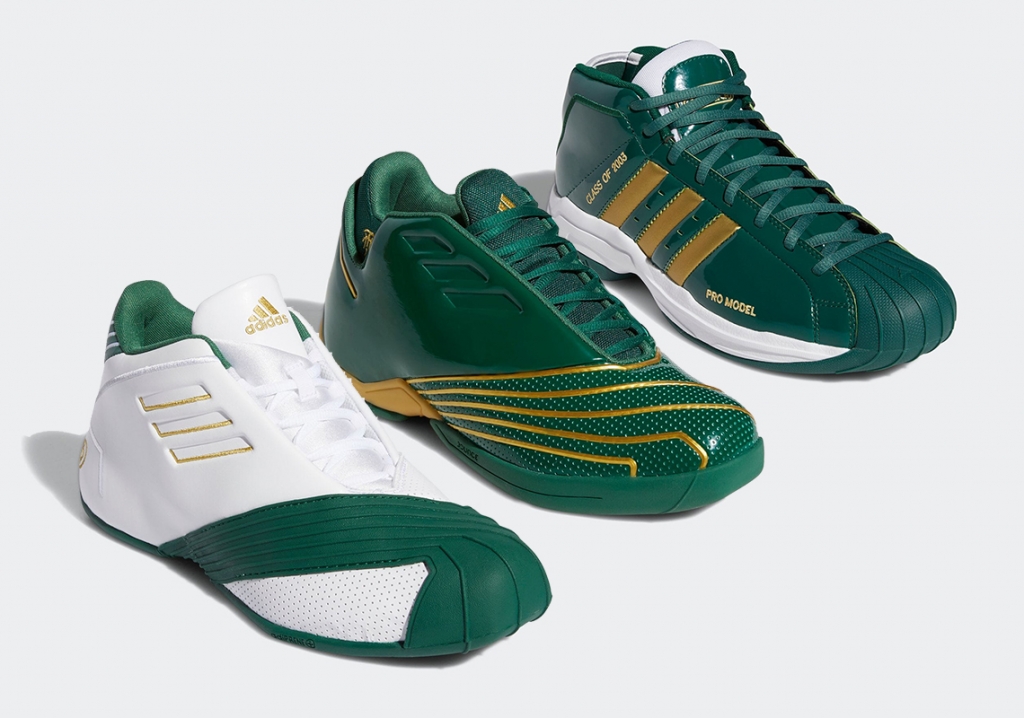 Each of the T-Mac 1, T-Mac 2, and Pro Model 2G will feature James’ 23 logos embroidered onto the upper.

A trio of Adidas silhouettes worn by LeBron James throughout his final season donning Saint Vincent-Saint Mary’s green and gold will be released individually at the brand’s retailer partners such as Finishline and JD Sports on February 17th.

Each of the T-Mac 1, T-Mac 2, and Pro Model 2G will feature James’ 23 logos embroidered onto the upper.

The 2022’s reissues have no obvious connection to LeBron as he eventually signed with Nike in 2003.

But the courtship of LeBron James by footwear brands in 2002-2003 was very competitive with Nike, Reebok, Jordan, and Adidas all vying for his services.

James, who was the projected top pick in the stacked 2003 NBA Draft, rotated some Player Exclusive colorways across those brands.

Some of the standouts other than the Adidas trio include the Air Jordan 9, the Reebok Question, the Shox VC2, and the Zoom 2k3.