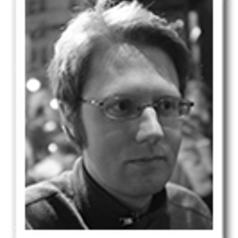 The Belarusian sprinter Krystsina Tsimanouskaya left Tokyo this week after her Olympics were over, bound not for her home country, but a new home in Poland.

Tsimanouskaya was granted a humanitarian visa by the Polish government after claiming the Belarusian Olympic Committee was trying to force her back to Minsk where she was in danger for her life. According to Tsimanouskaya, “her team had ‘made it clear’ she would face punishment if she returned home”. She wanted protection and asylum.

Tsimanouskaya was not the only athlete to attempt to flee in Japan. On July 16, the Ugandan weightlifter Julius Ssekitoleko left his training camp, with a note saying he hoped to find work in Japan. He is now back in Uganda, where he has been charged with conspiracy to defraud for allegedly travelling to Japan without having qualified for the games.

A history of asylum claims

While athletes claiming asylum often have overlapping political and economic motives, the most high-profile defections of athletes were strongly linked to geopolitics during the Cold War.

In the 1948 London Games, the gymnastics coach Marie Provazníková became the first known defector from the Olympics when she refused to return to Czechoslovakia after the communist coup that toppled the democratic Benes government. Provazníková said she sought asylum because of the “lack of freedom” in Prague.

During the Cold War, athletes seeking to abandon communist states for the US or western Europe expressed diverse motivations, but newspapers mobilised the politicised language of “defection” as a catch-all phrase for these moves.

One of the largest numbers of asylum seekers at an Olympics were the Hungarians who defected during the 1956 Games in Melbourne.

The Olympics came shortly after the bloody Soviet invasion of Hungary, which ended political reforms in that country. CIA planners helped convince Hungarian athletes to defect, even as the Hungarians battled Soviet athletes in the pool and on the track. However, as historian Johanna Mellis explains, some of those defectors soon discovered that life in America was not necessarily as good as in communist Hungary.

Laszlo Tabori, a Hungarian champion miler, for instance, shared a three-bedroom house with 12 other athletes in California. A quarter of the defectors eventually returned to Hungary.

In 1972, over a hundred athletes defected during the Munich Olympics, but some reporters privileged political motives over other reasons in telling their stories.

And during the 1976 Montreal Games, Soviet diver Sergei Nemtsanov sought asylum in Canada, but his defection seemed motivated by love rather than by politics. When his American girlfriend broke up with him, he returned broken-hearted to the Soviet Union.

The role of international law

Under the 1967 protocol of the UN Convention Relating to the Status of a Refugee, a refugee is defined to be

anyone who is outside their own country and is unable or unwilling to return due to a well-founded fear of being persecuted because of their race, religion, nationality, membership to a particular social group, or political opinion.

Signatories to that convention have the obligation to not return refugees to their country of origin. Other international treaties offer rules and guidelines on the treatment of refugees in host countries.

The crux of many of these agreements is that asylum seekers need to be physically in another country to claim asylum and their reason for not wanting to return home is linked to political, ethnic or other forms of persecution, not economics.

Because of their greater mobility, athletes are more able than most to be in a position to ask for asylum. Before finally defecting at the 1996 Atlanta Olympics, for instance, Iraqi weightlifter Raed Ahmed had sought international competitions “as the best way to get out of Iraq for good”, according to one report.

As a result, countries hosting international sporting competitions have long prepared for athletes to defect. Even so, officials can still be caught off-guard.

More than a dozen athletes sought asylum during the 2012 London Olympics, and over three years later, the government was still adjudicating their claims. Many athletes who seek asylum face difficult circumstances, including homelessness.

The number of athlete asylum seekers seems to be going up, as well. At the 2006 Commonwealth Games in Melbourne, 26 athletes and officials sought asylum. At the Gold Coast Commonwealth Games a little over a decade later, the number was over 200. The government eventually rejected almost all of the claims.

Ironically, many countries happily welcome successful migrant athletes into their fold if they can win gold medals. Qatar and Bahrain have recently fielded Olympic teams full of migrants. In fact, 23 of the 39 Qatari athletes at the 2016 Rio Games were foreign-born.

The IOC and Refugees

Officially, the IOC keeps no official tally of asylum seekers at the games. In response to a German media outlet in 2012, the IOC said

There is no stipulation relating to this subject contained in the Olympic Charter. The IOC does not keep a record of cases where athletes, other members of team delegations, or sporting officials may have defected while attending the Olympic Games.

Nevertheless, for over 25 years, the IOC has worked closely with the UN Human Rights Commission to promote athletics in refugee camps and there is now even an Olympic refugee team that competes at the games.

This team nearly won its first medal in Tokyo when the Iranian refugee Kimia Alizadeh lost in the bronze-medal match in taekwondo. She left Iran in response to the regime’s severe restriction of women’s rights:

Whenever they saw fit, they exploited me […] I am one of the millions of oppressed women in Iran who they have been playing with for years.

At the same time, however, the IOC did not heed international calls to punish Iran after a wrestler was executed for what human rights activists say were political reasons. (The IOC says its president made appeals to Iran’s leaders to show “mercy” to the wrestler.)

The IOC has opened an investigation into Tsimanouskaya’s case and has demanded Belarus respond to allegations it tried to force the sprinter onto a plane back to Minsk last week. The IOC could sanction Belarus over the incident, but this remains to be seen.