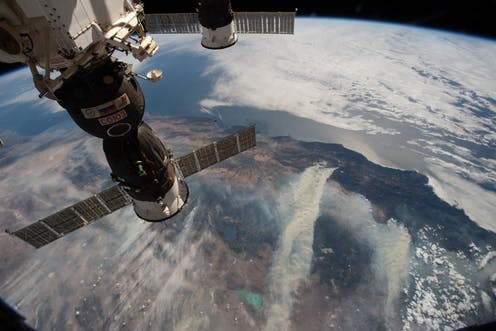 An image from the International Space Station captures plumes of smoke from California wildfires on August 4, 2018. NASA 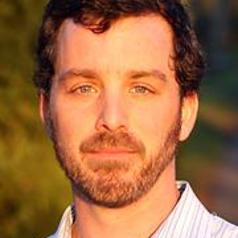 The impacts of recent forest fires in California reach well beyond the burned areas. Smoke from the Camp Fire created hazardous air quality conditions in San Francisco, more than 170 miles to the southwest – but it didn’t stop there. Cross-country winds carried it across the United States, creating hazy conditions in locations as far east as Philadelphia.

As an air pollution exposure scientist, I worry about the extreme levels of air pollution that rise from these fires and affect many people across great distances. They can create unhealthy conditions in far-flung locations where residents probably never think about wildfires. But since major wildfires are becoming increasingly common, I believe it is important for all Americans to know some basics about smoke hazards. 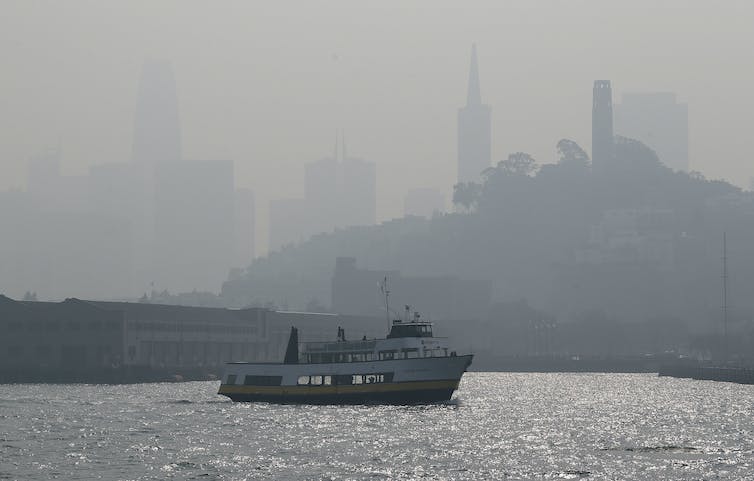 A complex and unpredictable threat

Forest fires do not discriminate about what they burn. Along with woody materials from forests and homes, they consume homes’ contents, which may contain plastics, petroleum products, chemicals and metals. This produces thick plumes of smoke that contains very large quantities of particles and gases. Many of these airborne chemicals are known to be quite toxic to humans.

Smoke plumes travel great distances, affecting communities hundreds of miles away. Winds tend to move from west to east across North America and carry these pollutants with them. Sometimes, depending on local weather conditions, the pollutants can be lifted up to high altitudes where wind speeds are faster and transported very quickly across the country. The pollutants can then descend back to the ground in locations far away from the fires, affecting everyone in their path. 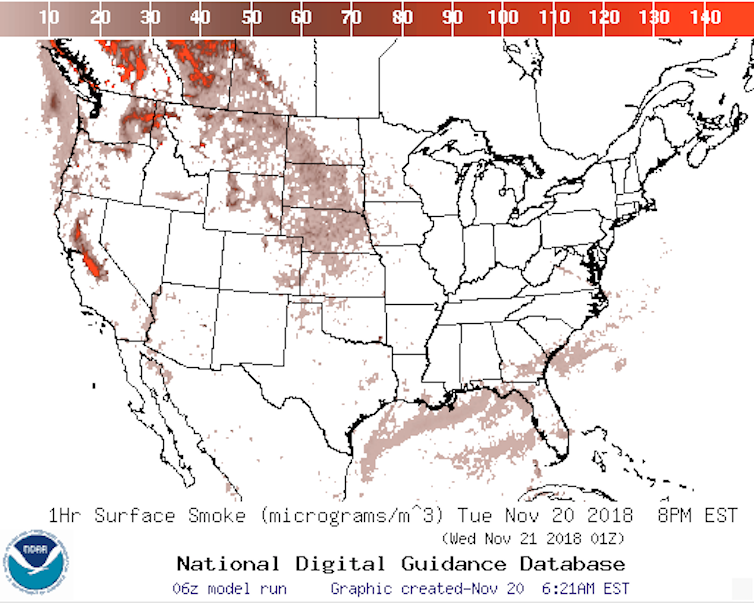 Relatively few studies have analyzed broad public health impacts from wood smoke. Agencies such as the National Institute of Environmental Health Sciences are funding some research on this issue, but it can take a long time to produce convincing science, especially on subjects that are so unpredictable.

We do know that this kind of smoke contains chemicals that are toxic, including polycyclic aromatic hydrocarbons, heavy metals, black carbon (soot), acids and oxidizing compounds. Exposure to some of these compounds can lead to lung irritation, cancer, hypertension, cardiovascular disease and even death. We know this because researchers have studied smoke exposure in firefighters for many years, and it’s likely that the risks also apply to people who aren’t firefighters.

In this segment from the Netflix series ‘Fire Chasers,’ a CAL FIRE crew battles an out-of-control fire in Los Angeles that threatens to overtake a house and one of the firefighting engines. Smoke exposure is a serious hazard for firefighters, but also affects the general public.

When the smoke moves in

Research has shown that many health effects from air pollution occur well after exposure has occurred. Sometimes these problems occur within a few hours, but in other cases it can be days or weeks later. This means that people may not feel the impacts of smoke inhalation until well after the smoke clears.

The most effective strategy is to limit exposure to poor-quality air through steps such as avoiding the outdoors when possible, closing windows and doors, and running central heat or air conditioning systems, which for the most part recirculate indoor air. For outdoor protection, the best option is an N95 facemask, which is designed to fit snugly and filter out very small particles. Inexpensive cloth masks do not provide effective protection.

However, it can be difficult to achieve a good fit with N95 masks, and these masks are not very effective at removing toxic gases from smoke, which easily pass through the filter material. Avoiding exposure in the first place is the best strategy.

Communities that are frequently exposed to wildfire smoke should consider creating locations where they can provide high-quality air filtration, such as a school or community center. These sites could offer safer conditions for people who are especially vulnerable to air pollution, such as children, the elderly and people with respiratory ailments, in the same way that cities set up heating and cooling centers during extreme weather conditions.

Many factors appear to be increasing the number and scale of wildfires, including development patterns and forest management practices. But the biggest driver is likely to be climate change, which is making ecosystems hotter and drier. This suggests that all Americans, wherever they live, will need to become more aware of wildfires and their long-range health effects.