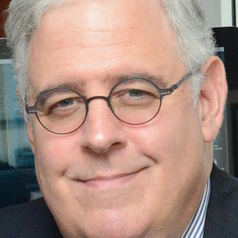 Several years ago a father approached me, concerned about the care his son was receiving. The son had been in a car accident that left him with severe brain injury. He was placed in a nursing home, and his dad stopped by regularly to check in on him. The father feared his son was being ignored or, worse, left in pain or distress.

I could feel the love he had for his son – and his hurt. His boy was so vulnerable.

Over the past two decades, I have worked as an academic physician in the field of neuroethics, focused on advancing the care of patients with severe brain injury and bringing the fruits of neuroscience to a very marginalized population. I have chronicled my work, and that of my colleagues, in “Rights Come to Mind: Brain Injury, Ethics and the Struggle for Consciousness,” which was published by Cambridge University Press in 2015. To write that book, I interviewed more than 50 families who have been touched by severe brain injury. Their stories of incredible highs and lows take them to the edge of endurance. What they have told me would make you weep.

Yet now, with the last-minute passage of the 21st Century Cures Act in the prior Congress, there is something more we can do for patients with severe brain injury because it provides US$1.5 billion for brain research. Through the National Institutes of Health’s Brain Research through Advancing Innovative Neurotechnologies (BRAIN) Initiative, the 21st Century Cures Act can bring to life additional science for this underserved population.

The struggle for rehabilitation

Traumatic brain injuries account for 2.5 million emergency room visits each year. Nearly 90 percent are evaluated and released (for example, many patients with concussion), but almost 300,000 with more serious injury need hospitalization. For those who are most gravely injured, their journey can begin with brilliant, lifesaving neurosurgical care that would have been lost a few decades ago when I was a medical student.

In New York state, for example, death rates for severe TBI dropped from 22 percent to 13 percent from 2001 to 2009. Over that time, doctors began to respond to brain swelling more effectively by shunting off spinal fluid and even removing part of the skull to let the injured brain expand and then recover. These interventions have been a game-changer and saved countless lives.

But after gratitude for a life that has been saved, the truly difficult part begins. Patients and families face a slow-paced and often fickle recovery. Tragically, this phase is often made more challenging by the burden of poorly designed insurance coverage.

Families struggle to get their loved ones needed rehabilitation. If they do get rehabilitation, it is often too short to make a difference. Indeed, if patients are too slow to demonstrate improvement, services can be cut off because of stringent “medical necessity” admission criteria, often from third-party insurers.

This cutoff makes no sense. As I argued with colleagues in the Journal of Law Medicine and Ethics, if we don’t know how long it takes the injured brain to heal, how do we know the pace is too slow? In the end, the vast majority are placed in a nursing home or institution, which is euphemistically called “custodial care.” Fewer than 15 percent of people with moderate to severe TBI get in-patient rehabilitation.

Can rights come to mind?

For years, we thought this was the end of the story. These patients were deprived of skilled and sustained rehabilitation because we thought there was no hope.

But in the last decade, neuroscience has made great breakthroughs in our understanding of the brain and its resilience. With proper and state-of-the-art rehabilitation, 21 percent of the most grievously injured can achieve functional independence. That might not seem like a big number, but no one would have predicted this when these people rolled into the emergency room. But with devoted care and sustained rehabilitation, this level of recovery was achieved.

One of the most distressing realizations has been that many patients who are thought to be permanently unconscious or vegetative – and thus ignored and neglected – are in fact conscious and aware. In fact, one study found that two out of every five patients in nursing homes who have a traumatic brain injury and are thought to be vegetative were actually conscious when carefully assessed. It is a staggering error rate, which would be unthinkable if we were talking about making a credible diagnosis of heart disease or cancer.

Recent studies using neuroimaging of the brain have revealed this powerfully in patients who appear vegetative but are in fact minimally conscious. For these patients there is a disconnect between thought and action. Patients demonstrate conscious responses on their scans but don’t show external or behavioral evidence of awareness on clinical examination.

It is understandable that the diagnosis can be missed. That’s the more innocent explanation. And it can be mitigated with more thorough, and repeated, assessments.

More nefariously, many clinicians look at these patients and assume that they aren’t there, acculturated by preconceptions and their biases.

Either way, this is consequential and more than just a misdiagnosis. Labeling someone as permanently unconscious becomes a label and a prison. These people are locked away from the rest of us because they are mistakenly thought to be unconscious when they are not.

What does it mean to write these people off? What does it mean to mark a patient as permanently unconscious when he is in fact aware and in the room? Imagine what it must be like to lie in a nursing home bed and be ignored as if you weren’t there, estranged from your family and the broader human community. Could anything be more isolating?

To be sure, we don’t want to be overly optimistic about anyone’s prospects. For many, pessimism may be justified, but increasingly, progress in neuroscience is making it possible for us to identify patients who are able to make recoveries once thought impossible and to help their brains recover. This is more than a pipe dream as new drugs, devices and neuroimaging are starting to bring some patients back from the abyss.

For example, a flu drug has been shown to accelerate the recovery of consciousness; deep brain stimulation has demonstrated the ability to restore functional communication in a proof of principle clinical trial in which I was involved as a coinvestigator to a patient in the minimally conscious state; and neuroimaging is peering into the disconnect between thought and behavior and helping patients communicate who otherwise couldn’t.

This is still early research, but the science is incredibly promising. And this makes the challenges posed by insurance barriers all the more troubling.

It suggests we cannot think of this as simply a health care financing question, but something deeper and more fundamental. To me, it’s a civil rights issue and one that gets to the core of whom we value and who counts. When these people are misdiagnosed and ignored, they become invisible. I fear they simply don’t count.

Just as we have worked to mainstream kids with Down syndrome or autism and worked to better integrate them into society instead of institutionalizing them, we must do the same for those with traumatic brain injuries. We need to reintegrate them back into their communities and develop the tools that will help them recover.

Many people see the 21st Century Cures Act as a boon for medical research, but I also see it as legislation that will help realize the civil rights of people with severe brain injury. With new understanding and better neurotechnologies, we can help patients communicate and reengage with their world.