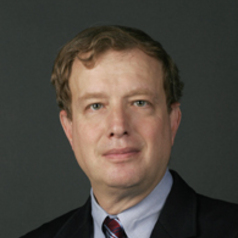 Americans witnessed an unprecedented event 50 years ago: live television coverage on all three national networks of a speech by the vice president of the United States.

Speeches by vice presidents never received such attention. But the address on Nov. 13, 1969, by Vice President Spiro T. Agnew to the Midwest Regional Republican Committee Meeting in Des Moines, Iowa, blandly titled “The Responsibilities of Television,” set off a public uproar.

Almost overnight, it made Agnew one of the most significant conservative political leaders in the country.

Agnew argued that the television network news programs, and the “tiny and closed fraternity of privileged men” who produced them, had acquired “a profound influence over public opinion,” with few checks on their “vast power.”

He then attacked their treatment of President Richard Nixon’s recent speech on the Vietnam War, known now as the “Silent Majority” speech.

According to Agnew, after the president finished the “most important address of his administration,” a “small band of network commentators and self-appointed analysts” subjected it to instant and “querulous criticism,” demonstrating their outright hostility to the president’s policy.

In Agnew’s view, their opposition was at odds with how the majority of Americans viewed the speech.

Although he said he was not calling for any censorship, Agnew posed the question of whether it was “time that the networks were made more responsive to the views of the nation and more responsible to the people they serve.”

Suspicious of the media

In many respects, Agnew was Donald Trump before Donald Trump. He was a polarizing political figure, beloved by conservatives, hated and mocked by liberals, yet favored as the likely Republican nominee to succeed Richard Nixon.

In his attacks on television news, Agnew struck a chord with conservatives who had long regarded the media with suspicion. Nixon later called Agnew’s speech a “turning point” in his presidency. He described how “within a few hours telegrams began arriving at the White House; the switchboards were tied up all night by people calling to express their relief that someone had finally spoken up.”

The networks themselves calculated that the messages they were receiving were running almost five to one in support of Agnew.

Why did Agnew speak out when he did?

The immediate background to the speech involves the intersection of two developments, both connected to the long, bloody war in Vietnam that appeared to have no end.

The first was the rise of adversarial journalism during the Vietnam War. Before Vietnam most news coverage “tended to be bland and deferential to government.” The government’s lies and false optimism about the war, revealed most dramatically after the losses of the Tet Offensive, fundamentally changed the relationship.

Vietnam, as the historian of journalism Matthew Pressman argues, “established a baseline level of antagonism between the press and the government.”

Most famously, Walter Cronkite, the anchor of CBS News and the “most trusted man in America,” delivered an unusual editorial in February 1968 calling on the Johnson administration to negotiate an end to the war.

In the weeks before the Agnew speech, television news provided extensive and overwhelmingly positive coverage of the large antiwar protests, including the October “moratorium” against the war.

The second development was the failure to end the protracted war. Nixon and his National Security Adviser Henry Kissinger tried a variety of military threats and enticement to convince North Vietnam to negotiate. They even launched a secret nuclear alert to intimidate Hanoi.

Nothing worked, and Nixon’s Silent Majority speech was a plea to the American people to give him more time to achieve a “peace with honor” in Vietnam.

The absence of any dramatic new steps toward peace in Nixon’s speech was the main reason the network’s “self-appointed analysts,” including the former Paris negotiator W. Averell Harriman, engaged in the “instant” and “querulous criticism” that Agnew described. Their abrupt dismissal of the speech infuriated Nixon and his aides and motivated them to respond forcefully. 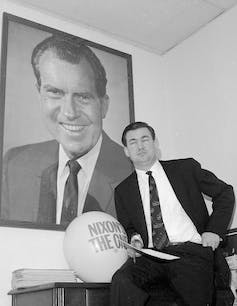 Justified aggression or ‘appeal to prejudice’?

Patrick Buchanan, Nixon’s ultra-conservative speechwriter, encouraged the president to launch an attack on the networks, and drafted the speech for Agnew. Buchanan later remembered that as Nixon read his proposed draft, he heard him mutter, “This’ll tear the scab off those bastards.”

The networks reacted strongly, with NBC’s President Julian Goodman calling it “an appeal to prejudice,” implying that Agnew’s focus on the small group of “privileged men” living in New York was a code for anti-Semitism.

Both Goodman and CBS President Frank Stanton accused Agnew of trying to undermine the freedom of the press, especially in the attempt to “intimidate a news medium which depends for its existence upon government licenses.”

Some journalists saw this as an overreaction, and viewed Agnew’s attack as part of the larger challenge to the country’s traditional institutions that the war in Vietnam had catalyzed.

Richard Harwood and Laurence Stern wrote in the Washington Post that “the issue of media performance is not going to evaporate in this country simply because publishers and network presidents wrap themselves in the First Amendment and sneer at Spiro Agnew. For the facts are that the media are as blemished as any other institution in this society and that there is growing public concern over their performance.”

Cronkite rejected the idea that the media overreacted, and maintained that “What we’re defending is the people’s right to know, and we have to be at the frontline of that battle at all times.”

This early version of a government war on the news media did not give Agnew what he and the president wanted. Although the networks eventually abandoned the “instant analysis” of presidential speeches in favor of giving the opposition “equal time” to respond, TV network news continued to retain the trust of most Americans as the most objective source for their news well into the 1970s, particularly during the Watergate period.

And when Agnew himself resigned in disgrace, brought down by his own greed in a bribery scandal, his assault on TV news seemed discredited as well.

But Agnew had demonstrated the vulnerability of the mass media to populist attacks, firing some of the first shots in a culture war that persists to this day.