When the sun goes dark: 5 questions answered about the solar eclipse 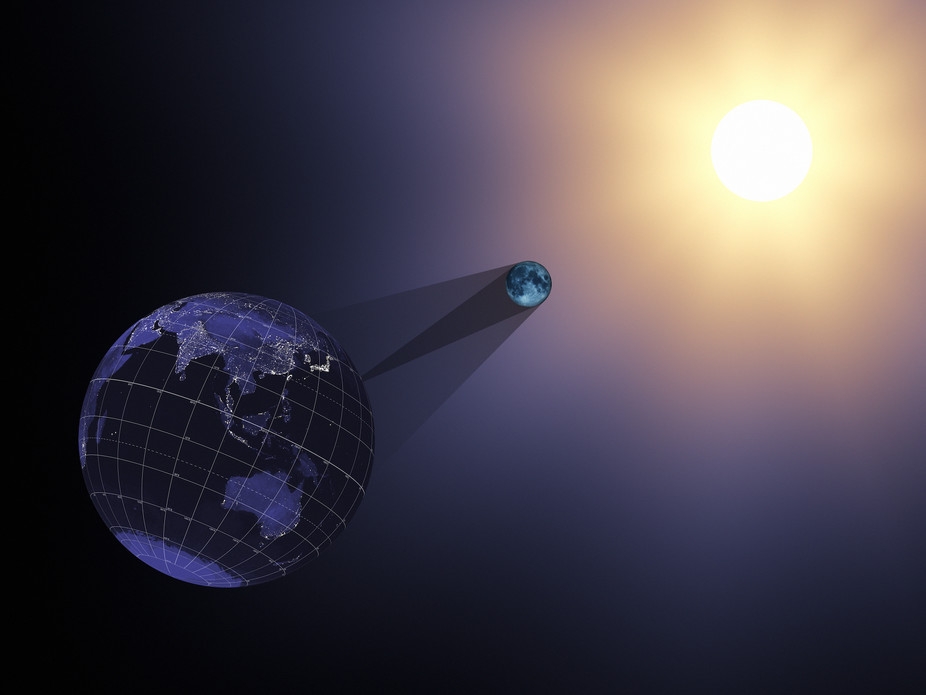 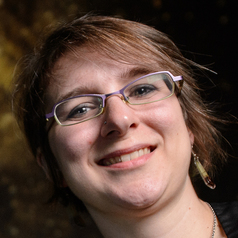 Editor’s note: A total solar eclipse will be visible across the U.S. on Monday, August 21. Shannon Schmoll, director of the Abrams Planetarium at Michigan State University, explains why and how it happens, and what we can learn from an eclipse.

Solar eclipses happen when our view of the sun is blocked by the moon. When the moon lines up between the sun and Earth, the moon will cast a shadow onto Earth. This is what we on the ground observe as a solar eclipse.

We know when they’ll happen because over centuries astronomers have measured very precisely the motions of the Earth, moon and sun, including their orbital shapes, how the orbits precess and other parameters. With those data about the moon – and similar information about the Earth’s orbit around the sun – we can make mathematical models of their movements in relation to each other. Using those equations, we can calculate tables of data that can predict what we will see on Earth, depending on location, during an eclipse as well as when they will happen and how long they last. (The next major solar eclipses over the U.S. will be in 2023 and 2024.) The path of the eclipse on August 21. NASA

How often do eclipses happen?

A solar eclipse happens, on average, a couple times a year. The moon passes between the Earth and sun every 29 days, a time we call the “new moon” – when the moon is not visible in Earth’s nighttime sky. However, the moon’s orbit and the sun’s path in our sky don’t match up exactly, so at most of those new moon events, the moon appears above or below the sun. The blue line shows the ecliptic, the path the sun appears to take in our sky as viewed from Earth. The white line shows the moon’s orbit. For eclipses to happen, both the sun and the moon need to be within the area marked with yellow brackets. John French, Abrams Planetarium, CC BY-ND

Twice a year, though, there is a period where the moon and the sun line up with Earth – astronomers call this an eclipse season. It lasts about 34 days, long enough for the moon to complete a full orbit (and then some) of the Earth. During each eclipse season, there are at least two eclipses visible from some parts of the Earth. At the full moon, there will be a lunar eclipse, when the moon passes directly behind the Earth, resulting in a darker, reddish-colored moon. And at the new moon, there will be a solar eclipse, when the sun is blocked by the moon.

Can we learn anything from eclipse events, or are they really just oddities that happen in nature? During an eclipse the sun’s corona becomes visible to observers on Earth. NASA

When the moon blocks the sun, we can see the corona, the famous visual of the halo of light around the dark disk of the moon. Currently astronomers study this by creating an artificial eclipse with a mask built into special instruments on telescopes called coronagraphs. This is great, but doesn’t allow the best pictures. Eclipses give scientists opportunities to get more data to study the corona in depth.

We can also learn about Earth itself. In an area affected by an eclipse, the darkening of the sun leads to a sudden drop in temperature. NASA-funded studies during this eclipse will look at the effects from the eclipse on our atmosphere as well as what happens on land. Previous studies observed animal behavior during an eclipse in 2001 and noted some animals went through their night routines as the sun disappeared while others became nervous.

And we can learn about the whole universe. Less than 100 years ago, an eclipse proved a prediction Albert Einstein had made about gravity. That success helped make him a household name. In his general theory of relativity, Einstein had predicted that gravity could bend the path of light. The effect he predicted was very slight, so it would best be viewed as the light passed a very large celestial body as part of its travels across a very long distance of space.

Sir Arthur Eddington, an astronomer who helped further the study of general relativity and whose work is a major piece of our modern understanding of stars and black holes, used the darkness provided by a solar eclipse to look at the position of the stars’ light during the day, when it passed the sun. He then compared those positions to their known positions at night. He saw that the gravity of the sun had bent the path – exactly as, and in the precise amount that, Einstein had predicted.

How weird is it that the moon can basically exactly block out the sun?

It is very unusual that the moon and the sun just happen to be at the right distances and sizes to appear to have the same size in our sky. This allows the moon to perfectly block the sun’s disk, while also showing us the corona. Venus and Mercury, for instance, can also pass in front of the sun from our perspective. However, they appear as small specks moving across the sun. Venus appears as a small dot in the upper left as it passes between the sun and Earth in 2012. NASA

What would someone standing on the moon see happen on Earth? Would Earth get dark?

If you were on the moon, you would be able to see the effects of the solar eclipse on Earth only if you were standing on the moon’s night side, the side facing the Earth. You would see a round shadow cast onto the Earth. This particular eclipse will first hit the Pacific Ocean, then move into Oregon, cross the U.S. to South Carolina and end in the Atlantic Ocean. This path the shadow takes is called the path of totality.

Shannon Schmoll does not work for, consult, own shares in or receive funding from any company or organisation that would benefit from this article, and has disclosed no relevant affiliations beyond the academic appointment above.