Just 20 amino acids for chains in various combinations to create the thousands of varieties of proteins in our body. David Goodsell/ProteinDatabase, CC BY-SA 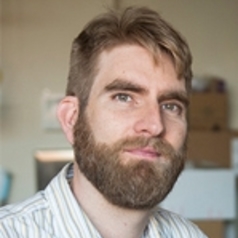 Editor’s note: Nathan Ahlgren is a professor of biology at Clark University. In this interview, he explains exactly what proteins are, how they are made, and the wide variety of functions they perform in the human body.

Nathan Ahlgren explains what proteins do in our body.

What is a protein?

A protein is a basic structure that is found in all of life. It’s a molecule. And the key thing about a protein is it’s made up of smaller components, called amino acids. I like to think of them as a string of different colored beads. Each bead would represent an amino acid, which are smaller molecules containing carbon, oxygen, hydrogen and sometimes sulfur atoms. So a protein essentially is a string that’s made up of these little individual amino acids. There are 22 different amino acids that you can combine in any kind of different way.

A protein doesn’t usually exist as a string, but actually folds up into a particular shape, depending on the order and how those different amino acids interact together. That shape influences what the protein does in our body.

Where do the amino acids come from?

The amino acids in our body come from the food we eat. We also make them in our body. For example, other animals make proteins and we eat those. Our bodies take that chain and break it down into the individual amino acids. Then it can remake them into any protein that we need.

We can make about half of the amino acids we need on our own, but we have to get the others from our food.

What do proteins do in our body?

Scientists are not exactly sure, but most agree that there are around 20,000 different proteins in our body. Some studies suggest that there might be even more. They carry out a variety of functions from doing some metabolic conversions to holding your cells together to causing your muscles to work.

Their functions fall into a few broad categories. One is structural. Your body is made up of many different kinds of structures – think of stringlike structures, globules, anchors, etc. They form the stuff that holds your body together. Collagen is a protein that gives structure to your skin, bones and even teeth. Integrin is a protein that makes flexible linkages between your cells. Your hair and nails are made of a protein called keratin.

Another big role that they take on is biochemistry – how your body carries out particular reactions in your cell, like breaking down fat or amino acids. Remember when I said our body breaks down the protein from the food that we eat? Even that function is carried out by proteins like pepsin. Another example is hemoglobin – the protein that carries oxygen around in your blood. So they’re carrying out these special chemical reactions inside yourself.

Proteins can also process signals and information, like circadian clock proteins which keep time in our cells, but those are a few main categories of functions that proteins carry out in the cell.

Why is protein often associated with muscles and meat?

Different types of foods have different kinds of protein content. There are a lot of carbohydrates in plants like wheat and rice, but they are less rich in protein content. But meat in general has more protein content. A lot of protein is required to make the muscles in your body. That’s why protein is often associated with eating meat and building muscle, but proteins are really involved in much, much more than that.