Trump shook US and world in one week 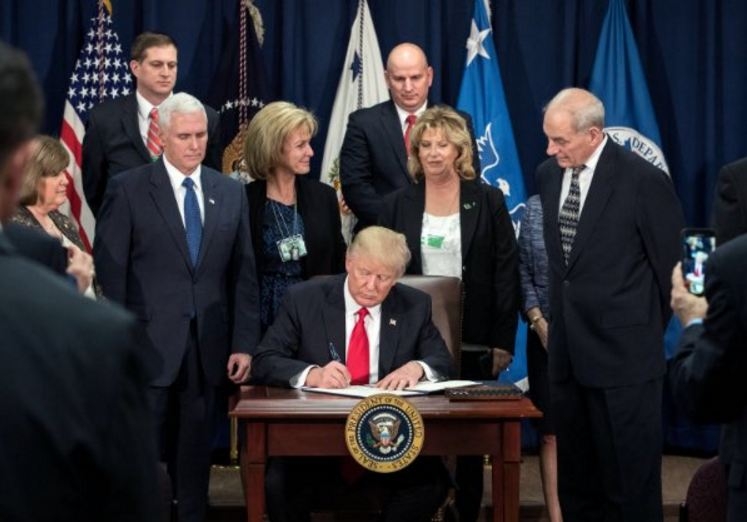 After just a week in Presidency, Donald Trump has put the doubters to rest who thought that he might not make good on his campaign promises or would be slower in his actions than he promised during the campaign. But the 45th President of the United States was not only fast in taking actions; he shook the whole country as well as the countries around the world in just one week with an array of executive orders. Below, are some of the most prominent executive orders:

As your President, I have no higher duty than to protect the lives of the American people. pic.twitter.com/o7YNUNwb8f