Tom Cruise, Suri Cruise: Father and daughter allegedly getting together for Christmas 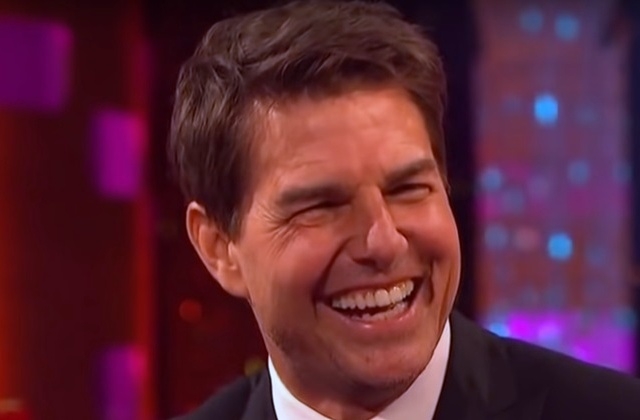 Tom Cruise is allegedly spending Christmas with Suri Cruise and Katie Holmes thinks that this is one of the nightmares she doesn’t want to happen. After Tom and Katie’s divorce, Suri has been with her mom and she hasn’t seen her dad for years. But now, as per the report, the teenager will soon reunite with her estranged father.

Tom is taking Suri away for the holidays?

As per the Star, Katie Holmes was heartbroken as Tom Cruise was trying to take Suri away for Christmas. This will be the first time that they would be together again but it was suggested that the “Dawson’s Creek” actress is really against it.

The actress is said to be panicking because her ex-husband could really end up taking Suri and she will be spending her Christmas alone. Being with her daughter, especially at this time of the year so she is worried, her daughter will not be around for the holidays.

“The holiday season means so much because it’s all about family and making sure that the people you love know how much you care for them,” the magazine claimed this was stated by Katie last year. “We have so many traditions in our house like playing a lot of board games and hanging out as a family and that’s so special.”

However, this year could be different because Tom Cruise is allegedly pushing for a reunion with Suri and the holidays is the perfect time for it to happen. Then again, Katie is really not happy about her ex-husband’s wish.

“Katie’s absolutely panicking over the fact that she may lose Suri for the holidays,” the insider stated. “She is surprised that Tom wants to invoke his 10-day per month visitation rights.”

“Tom’s been absent from Suri’s life for years and she has no idea why he is walking back in now.”

The source shared that while Tom Cruise is not present in his daughter’s life, he has been sending her expensive gifts on Christmas day. But this time, he wants Suri’s biggest gift to be himself as they reunite. In any case, Katie Holmes is even more worried because it was said that her ex-husband has been instructed by his Scientology church to give her daughter the best Christmas and he promised to make it happen.

The truth about Tom and Suri’s reunion

This story is not really new because, for years, Tom Cruise has been reported to finally be reuniting with Suri but until now, it hasn’t happened yet. This is why Gossip Cop confidently labeled the article from Star as “bogus.”

Furthermore, Gossip Cop contacted Katie Holmes’ rep to get comments about the story and true enough, GC was told that the rumor is false. There is no reunion and as usual, Suri is spending Christmas with her mom and her grandparents in Ohio.