Grid operators set the prices for energy markets and are structured to take the lowest prices – a disadvantage for coal and nuclear power. CC BY 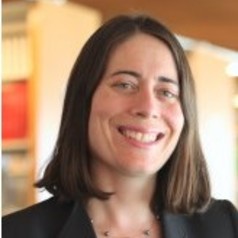 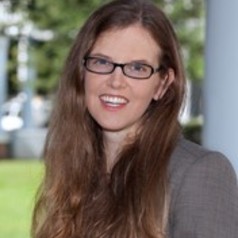 This follows a directive only a week earlier by Energy Secretary Rick Perry for the the Federal Energy Regulatory Commission to start a process to essentially subsidize coal and nuclear power plants.

At first blush, these developments give the impression that the U.S. power sector is about to take a dramatic turn, and these decisions do indeed represent a significant shift in U.S. policy. But major changes on the ground are unlikely to happen overnight, or perhaps even in the next several years, for many reasons. Topping the list are legal challenges and simply the way competitive energy markets work.

Legally, the Clean Power Plan repeal is already facing a challenge. The same day as its demise was announced, New York Attorney General Eric T. Schneiderman responded that he would lead a coalition of states and localities in a lawsuit defending the Clean Power Plan.

Unless the Trump administration replaces the Clean Power Plan with something that addresses greenhouse emissions adequately, its decision is legally vulnerable. The Supreme Court decision in Massachusetts v. EPA provided the basis of the Obama administration’s regulation of greenhouse gases. Specifically, after this case, the EPA made a finding that greenhouse gases endanger public health or welfare, which the Trump administration has not challenged. The proposed rule repealing the Clean Power Plan indicates an intention to replace it with other regulation, and a key legal question will be whether that regulation is sufficient to protect health and safety. 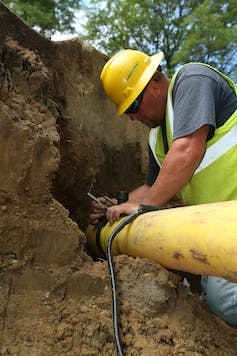 Even if the repeal and any subsequent regulation survive legal challenges, the development of the shale gas industry has caused market shifts that seem unlikely to be reversed. Prior to the unconventional oil and gas boom, natural gas prices were notoriously volatile, making power plant developers wary to invest in gas-fired infrastructure. But now natural gas is commonly used for “baseload” plants – those that continuously supply electricity to meet constant demand – as well as peaker plants that supply additional power when demand rises.

This market shift is why nearly all new power plants recently built in the United States are gas-fired. Further enhancing the stability of these markets is the recent expansion of natural gas pipelines carrying gas from productive areas like the Marcellus and Barnett regions to power plants around the country. This means that it’s likely that coal-fired power plants will continue to face economic challenges.

At the same time, midwestern and western wind energy – and solar in places like the Southwest – now outcompete coal and nuclear in energy markets. While the Trump administration regulations aim to support coal and nuclear power development, these market forces remain powerful.

The way that U.S. energy markets operate – supported by more than two decades of policies supporting competition – further constrains the impact of the repeal and other Trump administration policies.

Two-thirds of power supplied in the United States flows through transmission lines controlled by regional entities called regional transmission organizations. These entities control both the flow of power through long-distance transmission lines and the markets for energy. They run marketplaces where power plant operators bid to supply the amount of power needed throughout the day. Regional transmission organizations first draw on the cheapest sources of power until they have fulfilled all demand for power. Changes to these existing market practices would require major revisions to Federal Energy Regulatory Commission policies.

For example, given the complex computer systems currently used by regional transmission organizations to match demand with the cheapest available power supply, the DOE proposal to favor more-expensive coal and nuclear in these markets would be exceedingly difficult to implement. It would require the Federal Energy Regulatory Commission to establish a price for each individual coal and nuclear power plant that was not set by market forces, which runs contrary to how markets operate now. This is partly why past efforts to favor certain power plants over others in these markets – for example, efforts to prioritize plants based on their environmental attributes – have largely not materialized.

The repeal’s impact will be further blunted by the many entities that have pledged to meet or exceed the Obama administration’s targets under the Paris Agreement. For example, more than 2,300 states, cities, businesses and universities have signed the We Are Still In Pledge, and many have already substantially expanded their low-carbon energy portfolio. Although a number of key states will certainly pursue different pathways than they would have under the Clean Power Plan, many states are on target to exceed the goals that would have been set for them.

From its Paris Agreement withdrawal to this latest decision to repeal the Clean Power Plan, the Trump administration continues to unwind the Obama administration’s regulatory efforts on climate change. We in no way want to understate the significance of this policy shift. But looking at the larger context shows how a number of factors will constrain the amount of change these regulatory shifts will likely bring.

Hari Osofsky receives grant funding from the Australian Research Council and the Department of Energy. She also consults with the Children's Investment Fund Foundation to evaluate an grant that it made to ClientEarth to support climate change litigation in Europe. None of these entities would benefit from this article.

Hannah Wiseman sometimes consults for the Environmental Defense Fund. This entity would not benefit from this article.