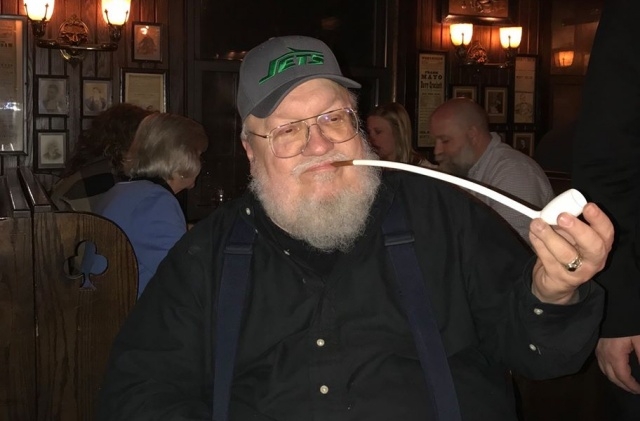 It is a big disappointment after it was confirmed that George RR Martin will not be able to publish “The Winds of Winter” as promised. He was not able to keep at least two promised dates already and sadly, his last year’s declaration that the book will be in hands by the end of July or early August also failed.

Last year, Martin stated through his blog that everyone can expect to see “The Winds of Winter” in his hands when he shows up at the 2020 WorldCon. This event was slated to take place from July 29 to Aug. 2 in New Zealand so fans were expecting the book within these dates.

“If I don’t have ‘THE WINDS OF WINTER’ in hand when I arrive in New Zealand for Worldcon, you have here my formal written permission to imprison me in a small cabin on White Island, overlooking that lake of sulfuric acid, until I’m done,” the 71-year-old author wrote.

As can be seen in his message, he has given fans permission to lock him up in a cabin until he finishes “TWOW” if he will not be able to make it on the due date. The WorldCon that GRRM was talking about was canceled due to COVID-19 but still, there is no reason for him to delay the book since he already said he can complete it by this period.

What will happen to George RR Martin?

Apparently, Martin missed the deadline he set in May of last year. Does this mean, fans can call him out so he can imprison himself in a cabin? The author is not saying anything about his missed promised date even though he posted something on his blog on July 29.

The fans don’t have to send him to a secluded place too because Martin already said in June that he is already staying in a cabin for isolation. He did it due to COVID-19 but there is a good effect because he mentioned all he did is write since there is no other things to do. He is also being accompanied by one staff only.

On July 19, he wrote that he finished three more chapters and he is making good progress. He added that he still has a long way to go though thus it was like announcing that he can’t deliver the book by the end of the month.

Meanwhile, George RR Martin already admitted that he still has a long way to go so obviously, he can’t release “The Winds of Winter” even at the end of this year. Express suggested that the more realistic publishing date window for the sixth book in the “A Song of Ice and Fire” series is in the year 2022.