‘The Winds of Winter’: Fans furious as George RR Martin announced ‘Fire & Blood’ instead of ‘TWOW’ 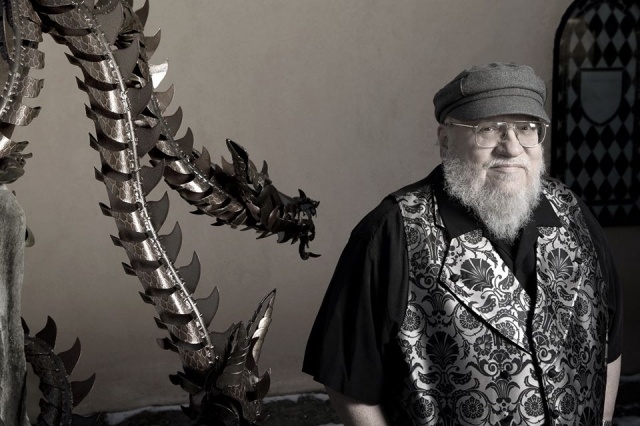 “The Winds of Winter” is still not out and its release date is uncertain too. Last month, there were reports that say George RR Martin will finally announce the publishing date for the much-awaited book but it is already the new year and no date was ever revealed.

Now, it was said that fans are already furious because they have been waiting for a really long time already. The Independent reported that the 71-year-old author is facing a backlash because of his latest announcement that was not related to “The Winds of Winter.”

His fans are waiting for “The Winds of Winter,” the sixth book in his “A Song of Ice and Fire” series but it seems that even if the fans have been waiting for years now, he is working on other projects instead. They assume that having so many works is making it hard for him to complete “TWOW” and this thought is quite upsetting for them.

Last week, Martin announced the “Fire & Blood” paperback instead of “The Winds of Winter.” the book was the basis for HBO’s upcoming “Game of Thrones” spinoff called the “House of the Dragon.”

“Happy to announce that Fire & Blood, the inspiration behind the upcoming House of the Dragon, will release in paperback on 5 May in the US, Canada, and the UK,” he announced on Twitter. “This paperback edition will include 5 brand new illustrations. Pre-orders begin soon!”

Rather than being happy, fans are angry since it means delayed work on “The Winds of Winter.” “He's never going to finish the books, it's some sick game he's playing,” one fan wrote. Other fans commented that the Martin was trying to bait them when he said “happy to announce” but it is not working anymore because they are seriously frustrated.

Further, the said they are waiting for an update about “The Winds of Winter” so she should not be trolling them with an announcement for another book. Meanwhile, for the last time, fans are looking forward to a summer publishing of “TWOW” because in the promise that he wrote last year, this is the time when the sixth book in “ASOIAF” is going to be released.