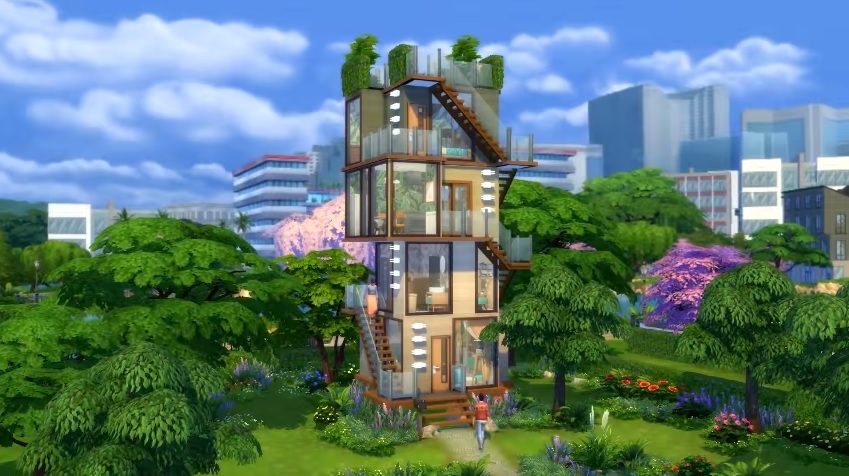 From the trailer of “The Sims 4:m Tiny Living” | Photo credit: The Sims/YouTube screenshot

The span of the development of “The Sims 4” is now shaping up to be the longest period yet in the video game franchise. That also means the announcement of “The Sims 5” has been overdue than what avid fans have expected. Now, new evidence was spotted online suggesting that the release date of the fifth main title installment could be further delayed.

Throughout the existence of the life simulation video game series, new main title installments were announced and released after four to five years since its predecessor launched. This is the primary reason many fans were hoping that “The Sims 5” was one of the highlights of the first EA Play convention – the video game company’s E3 counterpart.

That obviously did not happen while EA and Maxis are staying silent on the development of “The Sims 5.” However, eagle-eyed fans may have discovered the reason for the zero acknowledgment given to the upcoming game.

A job listing from EA’s website has been shared on Reddit that sparked the speculations on not having “The Sims 5” on top of EA Maxis’ to-do list. The video game company is looking for a Senior Server Software Engineer for Maxis. It is not surprising that EA is being coy on the details of the video game for which the new employee is needed, however, the company did mention that it is for EA Maxis’ “most popular games and our newest unannounced IP.”

‘The Sims 5’ release date announcement: What to expect

The announcement of “The Sims 5” this year cannot be ruled yet, though, the chances are still very slim now that EA Maxis is confirmed to be working on a new game. Since Maxis is the primary studio involve in the development, there is a huge possibility that the new IP could be related to “The Sims” franchise in some capacity.

If that is the case, EA would most likely give more attention to promoting the new IP more than “The Sims 5.” TS4 is still a very profitable title for the company, so it is not really strange for EA to remain mum about the next installment.