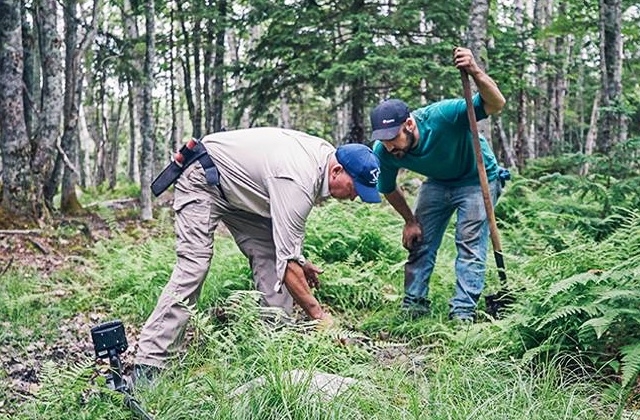 It will be another exciting week for the viewers of “The Curse of Oak Island” season 8. The show is already in its fifth episode and the Lagina brothers and their team are expected to tackle more interesting discoveries.

Previously in “The Curse of Oak Island” season 8 episode 4 titled “Alignment,” Rick, Marty Lagina and their team discussed the possibility of the man-made tunnels leading to the Money Pit. With the proof in their hands, including maps and documents from David Blakenship, they are convinced they will be able to finally solve the 225-year-old mystery of the island.

Everyone was also amazed after finding that one of the evolving theories correctly described two man-made anomalies that they think could be landmarks that were built to point the location of the Money Pit. The team is also working in lot 15 where Gary Drayton already found many interesting items including an ancient coin with a square in the middle.

The topic of medieval France also cropped up as they seemed to have found some indication of their presence on Oak Island. They have theorized that they may be a connection between the island and the Temple Mount in Jerusalem.

As they dig and find more evidence, the theory about Christian religious connections is becoming clear especially if more religious relics are found in the future. At this rate, the team has to investigate more to reveal the truth.

“The Curse of Oak Island” season 8 episode 5 will continue with the investigation around lot 25. They will try to find the hidden tunnels that other things that could give them clues about the Money Pit and history.

Gary Drayton will still hunt with his metal detector and more objects could be unearthed there too. “The Curse of Oak Island” season 8 episode 5 may also discuss more about possible Knights Templar and Chinese connections.

In any case, this week’s episode has been titled “The Master Plan” and as per TV Guide, its plot summary reads: “Excitement abounds when new research shines a light on a possible master plan created with strategically placed boulders that could point the team directly to the Money Pit vault.”