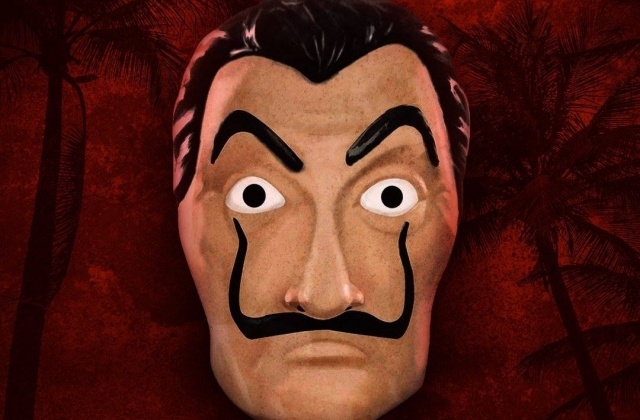 “Money Heist” is definitely one of the most popular foreign language crime drama on Netflix. With millions of viewers around the world, it is obvious that the interest in it is high.

Now, as South Korea’s Hallyu Wave is also conquering the world, with its dramas being raved about by viewers in different nations, it was reported that Netflix is planning to release the Korean version of the “Money Heist.” The great thing about this is that the show’s creator Alex Pina is said to have agreed and in fact, he is excited about the project.

As per the report, Alex Pina will be the executive producer of the Korean remake of “Money Heist.” It will be directed by Kim Hong Sun who’s remarkable works include “The Guest,” “Black” and the “Voice” dramas.

He specializes in the fantasy-crime genre so he can be expected to add some spin to Pina’s original work. While it will be released via Netflix, it will be co-produced by BH Entertainment and Contents Zium.

“Korean creators have been developing their own language and audiovisual culture for years,” Deadline quoted Pina as saying with regards to the remake. “They have managed, like our series, to go beyond cultural borders and become a point of reference for thousands of viewers around the world, especially among young people and this is why I find it fascinating that the world of ‘La Casa De Papel’ is so attractive to Korean creators as to do an adaptation.”

Pina added that he considers this Korean remake of the “Money Heist” as a milestone. He is really delighted to be part of this show that will be set on the Korean Peninsula this time.

In any case, it was said that Netflix already placed an order of 12 episodes for this Korean version. The cast line-up for the Korean “Money Heist” is not yet available at this time.

The fifth and final season 5 of the drama

Meanwhile, the upcoming “Money Heist” season 5 is going to be the last in the series. Filming for it is in progress and fans can expect it to return in 2021.

The finale will offer a total of 10 episodes and the viewers are wishing that everyone in the gang will make it out alive. However, since the thieves are now heavily surrounded by the police and El Professor has been found in his hideout, many are predicting the deaths of the characters.

As shared on Express, some fans believed that Rio will die and this is the same with El Professor. There is also a guess that only Tokyo will live when “Money Heist” season 5 concludes.