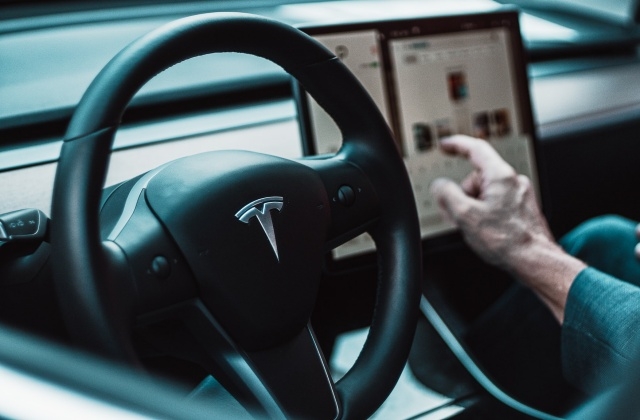 Tesla is being asked by the National Highway Traffic Safety Administration to recall a total of 158,000 cars after finding issues with the vehicles’ central touchscreen displays. The NHTSA stated that it is defective after discovering the display revealed deactivates safety features, Including the backup cameras.

In a letter sent by the agency that was addressed to Mr. Al Prescott, Tesla’s Vice President of Legal and Acting General Counsel, the NHTSA detailed their finding regarding the Tesla car unit’s faulty screen. The agency told Prescott that they found the touchscreen to be defective; thus, it poses a safety risk to all the car owners.

The issues with Tesla’s display

The NHTSA noted that since the touchscreen can shut down backup cameras at random times, they can go dark and may cause accidents when driving. It was stated that it could also cause the window defrosters to act up. These features are controlled through the screen display, so if it is defective, many other things may go wrong, including the autopilot function.

“The lack of a functioning windshield defogging and defrosting system may decrease the driver’s visibility in inclement weather, increasing the risk of a crash,” part of the letter reads.

The review on Tesla’s touchscreen display was carried out after the National Highway Traffic Safety Administration received more than 12,000 complaints regarding the above-mentioned issue. It was said that car models that are affected by the recall are Model S cars (2012 to 2018 models) and Model X Tesla (2016 to 2018 models).

In any case, after checking, the NHTSA thinks that the issues with the touchscreen were due to the fact that the touchscreen’s CPU has a limited number of program-and-erase cycles. This limits the screen’s estimated life cycle to five to six years, so it has the tendency to malfunction.

Is Tesla unresponsive to NHTSA’s letter for recall?

Meanwhile, Tesla was said to have tried to fix the defect by updating the software; however, for NHTSA, this move is not enough because a simple software update is not effective. Now the agency is getting an impression that Elon Musk’s company is not willing to recall the cars as they have advised, so if they will still not follow the request, NHTSA gave Tesla until Ja, 27 to explain.

“It's obvious to me that Tesla told NHTSA to go pound sand, so what they're about to get, they've earned it,” CBS SF Bay Area quoted Frank Borris, former chief at NHTSA’s Office of Defects Investigation as saying.