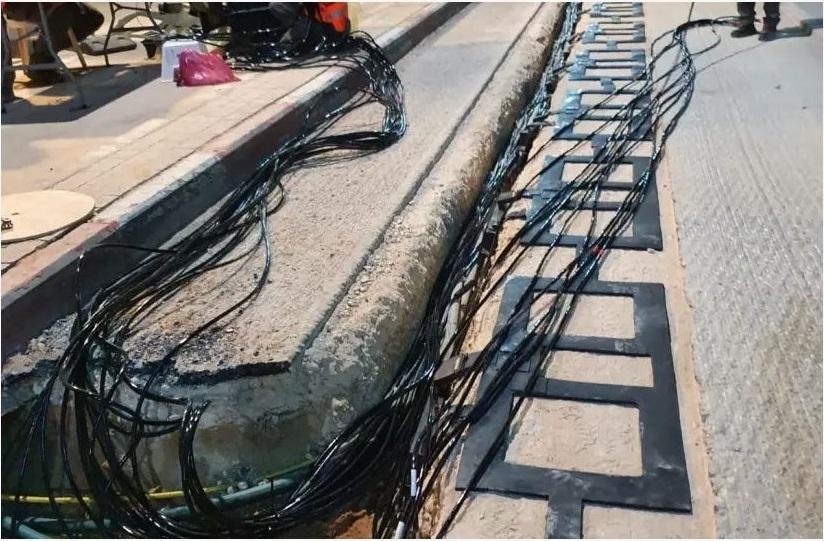 Tel Aviv's electric roads will have infrastructure that consist of a set of copper coils that are placed under the asphalt of the street.

Tel Aviv is creating wireless electric roads about .37 miles long that can charge electric vehicles while they are moving.

The electric roads will be part of a route that spans 1.2 miles from Tel Aviv University Railway station to Klatzkin Terminal in Ramat Aviv.

Electric infrastructure will consist of a set of copper coils that are placed under the asphalt of the street.

The electric roads are part of a pilot program led by the Tel Aviv-Yafo Municipality in collaboration with ElectReon, a company developing the electric road system.

According to ElectReon, energy would be transferred from the electricity grid to the road infrastructure and manages communication with the approaching vehicles.

The vehicles would be installed with receivers on their floor to transmit energy to the battery while driving.

If the pilot is successful, Tel Aviv will expand the electric roads to more sections in the city.

Meital Lehavi, the deputy mayor for transportation at the Tel Aviv-Yafo Municipality, pointed out that direct charging from the road itself will remove the need to establish charging stations or be operationally bound to terminals.