AirPods Studio likely to arrive in stores before 2020 ends 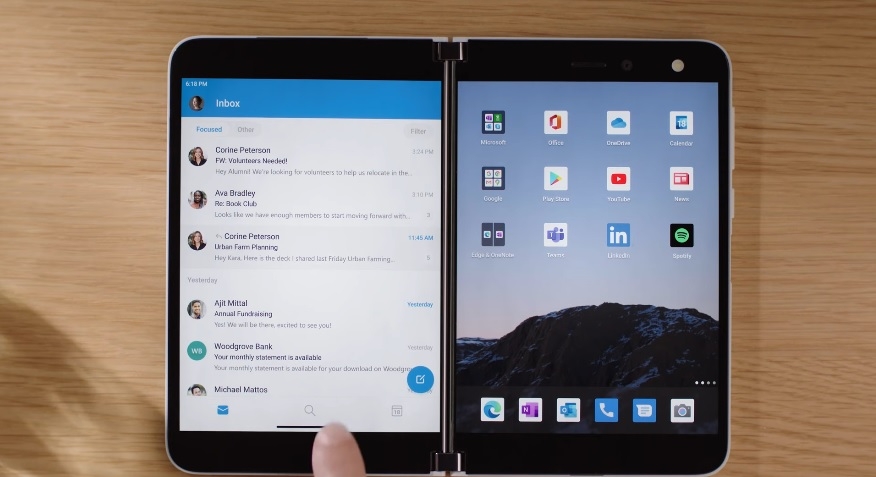 After a long time of being a recurring topic in the rumor mill, Microsoft has finally launched its foldable device. It is officially called the Surface Duo and will be shipped in early September to those who will pre-order.

The Surface Duo is distinct from other previously released foldable devices, especially in terms of design. Unlike Samsung Galaxy Fold and Huawei Mate X, it features two 360-degree hinges so it opens like a digital book rather than looking like a single smartphone when unfolded.

The newest foldable device features a dual PixelSense display composed of two 5.6-inch OLED screens with a total of 8.1-inch usable screen when opened. It then appears more like a small tablet.

It is powered by an optimized Snapdragon 855 processing chip to support the dual-display features. Surface Duo needs the added power because it is designed to work with multiple apps at the same time on both screens and not just split screens as smartphones do.

The only Surface Duo variants announced are an option between a 128GB and 256GB storage while the standard RAM capacity is at 6GB. The latter detail is interesting considering that many flagship smartphones have at least 8GB RAM under the hood.

Another interesting specs information for Surface Duo is that it packs a 3577mAh battery, which is not much compared to other smaller smartphones. However, Microsoft advertises that the battery can last up to more than 15 hours of locally stored video playback, 10 days standby time, and 27 hours of calls. Of course, the duration of battery usage depends on many factors but the optimization of the Snapdragon 855 chip likely helps in making the battery last for an ample period.

The Surface Duo’s operation system is Android 10, but it also comes pre-installed with Windows and Microsoft productivity apps. It also has an 11MP “adaptive camera ... optimized with AI for front and rear” that can record videos at up to 4K resolution. Because the foldable device is powered by Snapdragon 855, do not expect a 5G network.

Surface Duo is now up for pre-orders starting at $1,399. It is available through the Microsoft online store, AT&T, and Best Buy and will be released on Sept. 10. Note, however, that the foldable device can only be purchased in the United States.