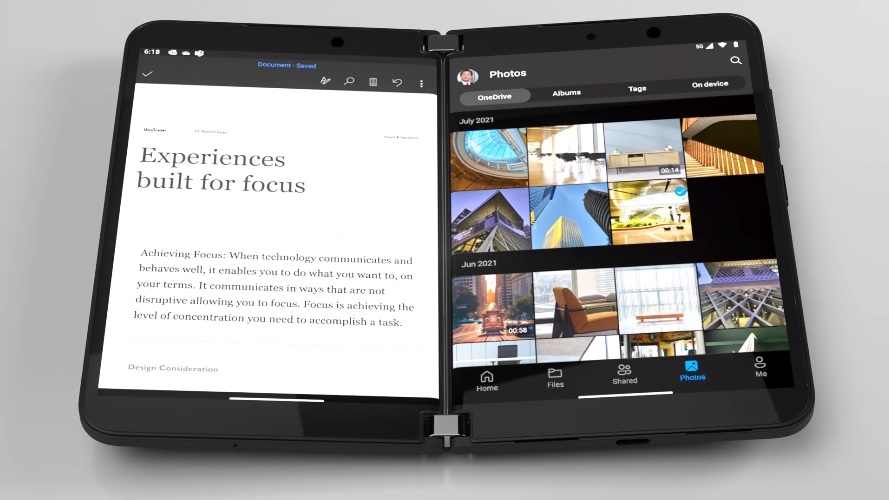 The anticipated Surface Duo 2 is now available for pre-order with a confirmed retail launch next month. However, like its predecessor, the new dual-display device will be shipped in select markets only.

Surface Duo 2’s standard RAM capacity is 8GB, while all configurations also use SSD. Note that the Glacier model does not have a 512GB variant.

Like its predecessor, though, Surface Duo 2 will be released in some markets, including Australia, Canada, France, Germany, the United Kingdom, the United States, Austria, Belgium, Denmark, Finland, Ireland, Italy, Netherlands, Spain, Sweden, Switzerland, and Japan. The device will be available in these countries starting Oct. 21.

Most of the rumored and leaked details about the Surface Duo 2 have been confirmed in Microsoft’s launch event on Wednesday. Along with the bigger RAM, the device is powered with Snapdragon 888. It also has more cameras, including a triple-lens array on the back with 12MP wide, 12MP telephoto, and 16MP ultra-wide sensors. There is still a front-facing camera with 12MP resolution.

The device packs a 4449mAh battery. One rumored feature that did not pan out is wireless charging, but the Surface Duo 2 supports wired 23W fast charging. It will ship with Android 11.