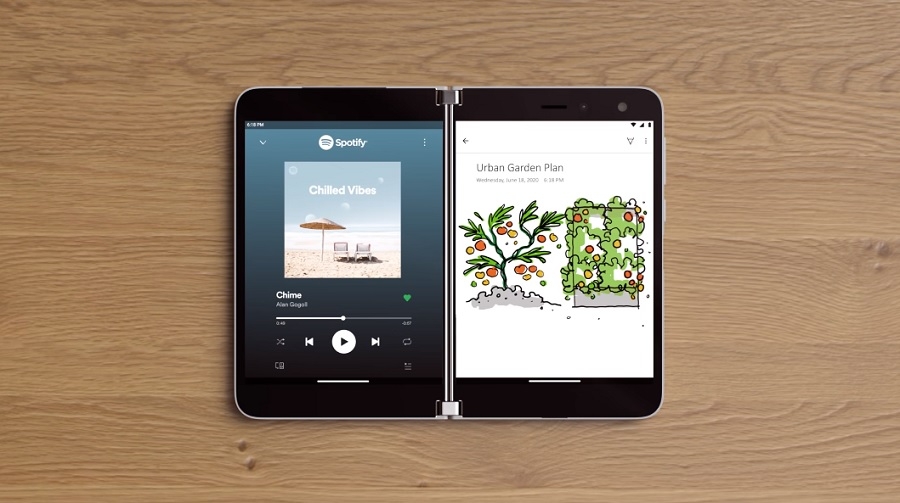 Many Microsoft fans might agree that wireless charging was one of the noticeably missing from the first Surface Duo. Luckily, documents filed to the Federal Communications Commission (FCC) suggest that would change in the rumored Surface Duo 2.

Documents submitted to the FCC earlier this month were published on Friday for a product with FCC ID C3K1995. Windows Central suggests, based on some descriptions used in the documents, that the filing is likely for the rumored Surface Duo 2.

There were very few references made to specific technical specifications in the FCC filing. But some details hint at what upgrades could be available in the Surface Duo 2. In one of the submitted documents, the device is said to be capable of supporting “Wireless Power Transfer” or wireless charging.

It is unknown yet if it means the Surface Duo 2 can be charged wirelessly or if it would support Qi wireless chargers. The same report also considers the possibility that the reference to wireless charging could mean the device can recharge the Surface Pen.

The FCC documents also mentioned the 5G network several times, suggesting that the Surface Duo 2 could also get an upgrade in this department. NFC and ultra-wideband connections, which were not available in the first Surface Duo, were also included in the listed device capabilities.

Previous reports from various leaks had more details about the Surface Duo 2. The upcoming device is expected to ship with Snapdragon 888 SoC, a bigger 8GB RAM, triple camera array on the back. All of these would be essential upgrades given that the first Surface Duo launched with an older chipset, memory capped at 6GB, and a lone 11-megapixel camera.

With the discovery of the FCC documents, it is worth noting that Microsoft will conduct its next Surface launch event on Wednesday, Sept. 22, at 11 a.m. ET. Surface Duo 2 is highly anticipated as one of the new hardware products to be announced, which makes a product release this fall possible.