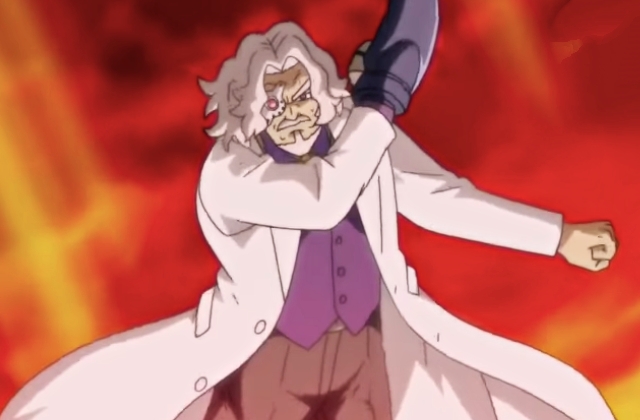 After more than a month of waiting, “Super Dragon Ball Heroes” episode 25 has finally arrived. This is the “Big Bang Mission” arc’s fourth episode, and fans have been eagerly waiting for this.

Fu and his allies attacked the Z fighters, and each villain character faces off with the fighters separately. The goal of Goku and the rest is to stop Fu and his group from destroying the planets using the Universe Tree to suck the energy on Earth and other places. The villains want to create a new planet for themselves, but they must defeat and eliminate the warriors first.

Dr. W vs. Goku and Vegeta battle in hell

The focus in “Super Dragon Ball Heroes” episode 25 is the fight between Dr. Wu and the team-up of Goku and Vegeta. This story has been titled "Shinobiyoru kage! Nazo no Otoko Dokutā Daburyū!" or "Creeping Shadow! The Mysterious Man Dr. W!”

While the opening showed Dr. Fu attacking Trunks and finally capturing TokiToki, the next scenes until the end is about Dr. W and how he faces off with two of the most powerful Z fighters. At the start of their encounter, the mysterious character uttered the word “analysis,” then he attacked Goku and Vegeta with his teleporting energy blast.

Dr. W managed to avoid the duo’s blasts, and since this is the case, Goku and Vegeta power up to Super Saiyan 4. They failed to defeat him, and this is their last option in an attempt to overpower their villain rival.

In their Super Saiyan 4 form, Goku and Vegeta positioned themselves on opposite sides then they launched a powerful blast. Their combined power ran directly to Dr. W but he did not even flinch but got ready to receive the attacks head-on instead in “Super Dragon Ball Heroes” episode 25.

When the smoke subsides, Goku and Vegeta were very surprised to see a glowing golden aura around Dr. Wu. They were puzzled as it was similar to theirs. Goku then recalled Dr. Wu saying “analysis” at the beginning of their fight and he seemed to have realized something as he and Vegeta asked what just happened to their powers.

It appears that Dr. W planned to provoke Goku and Vegeta so they will transform to Super Saiyan 4 so he could collect their powers! And now that he completed the analysis, he opened a portal and immediately left.

The next scene showed Dr. W arriving in a place that looks like a cave that is secured with prison bars. When he approached, he told the thing inside the cave “Their data is now yours...Janemba!”

The return of a Z villain

Apparently, the main villain in the “Dragon Ball Z: Fusion Reborn” has returned via “Super Dragon Ball Heroes” episode 25. He was not really shown but Dr. W was talking to a machine when he called it Janemba.

It seems that the viewers may look forward to the Goku and Vegeta’s meeting with an old foe. The next episode’s title was revealed at the ending of “Super Dragon Ball Heroes” episode 25 and it’s called "Big Decisive Battle in Hell! New Janemba!"