Yes, there are millionaires who pay no tax, but crimping deductions mightn't help 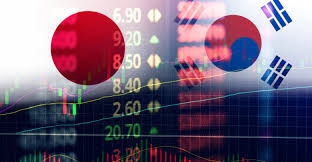 Trade dispute between South Korea and Japan drags on

South Korea will reopen its complaint at the World Trade Organization over Japan's tightened export controls, as the latter has not shown willingness to settle the trade dispute.

South Korea gave Japan until the end of May to withdraw export controls, but the latter kept mum.

Japan tightened exports to South Korea of three essential materials for the latter's chip and display-panel industries while also removing South Korea from its list of trusted trade partners.

In taking the dispute to the WTO, South Korea argued that the measures Japan was implementing were in retaliation for court decisions ordering it to compensate Koreans forced to work in Japanese factories during the 1910-1945 colonial rule.

Japan's Foreign Minister Toshimitsu Motegi said they have been continuing discussions with South Korea on the matter, saying and that its neighbor's unilateral decision to make such an announcement is regrettable."

Motegi reiterated that South Korea should improve its export controls for Japan to ease its measures.