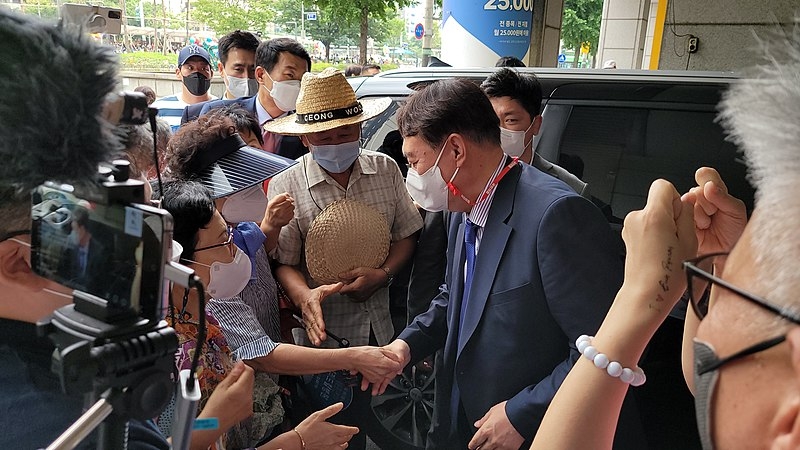 South Korea’s incoming President Yoon Suk-yeol is set to be inaugurated in May and recently extended his nomination to one of his predecessors. Yoon invited disgraced former President Park Geun-hye to attend following their recent meeting.

Reuters reports that Yoon invited Park to attend his inauguration next month following their meeting that took place Tuesday. This was the first time Yoon and Park met again following the corruption investigation Yoon conducted that led to Park facing prison time.

Yoon visited Park in her home in Daegu, where she has resided since December 2021 after serving five years of a 20-year prison sentence. Park was issued a pardon that granted her release.

“As we have past history…I told her I felt sorry about that,” Yoon told reporters following the meeting. Yoon also said they talked about her health and daily life. Kwon Young-se, who works in Yoon’s transition team and also previously worked as an aide to Park, said the former president told Yoon that she will try to attend.

Kwon also said that Yoon would adopt some of his predecessor’s policies to “regain her honor.”

Yoon, who was previously a prosecutor general and is now the face of the conservative party once led by Park, is seeking to heal existing wounds among members of his party following his election back in March where he won against his liberal rival by a thin margin. Yoon is set to face low approval ratings when he takes office and his People Power Party will be tested once again in June in the local elections.

Meanwhile, Ukrainian President Volodymyr Zelenskyy addressed South Korea’s lawmakers, appealing for more military aid as he said Russia could only be forced to make peace to stop the war. In his video address to the lawmakers, Zelenskyy said Ukraine needs more assistance including weapons, in order to survive the war.

South Korea’s defense ministry said Monday that it has rejected a request by Ukrainian defense minister Oleksii Reznikov for anti-aircraft weapons. During a phone conversation Friday, defense minister Suh Wook told his Ukrainian counterpart that any support of lethal weapons from South Korea would be limited given the current security situation in the peninsula and the potential impact on military readiness.

South Korea has since sent humanitarian assistance to Ukraine worth $10 million and pledged last week to send an additional $30 million while sending around 20 types of non-lethal weapons, including bulletproof helmets and medical kits.