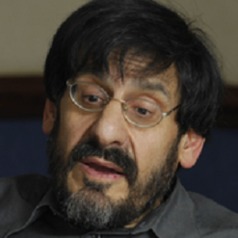 South Africa’s governing party, the African National Congress (ANC), may have to fight next year’s general election without hundreds of thousands of votes which its trade union ally has delivered in the past. This isn’t because its alliance partner won’t organise votes for the ANC but because it can’t.

The ANC’s union ally, the Congress of SA Trade Unions (Cosatu), held its conference recently. In a now familiar ritual, it suggested it might not support the ANC next year. It then declared it would – but would expect policy concessions in exchange for support.

No-one except a few reporters looking for material took this seriously. Cosatu regularly insists that its support for the ANC is conditional on the governing party adopting union-friendly policies. But, having stamped its foot, it always supports the ANC. This was so when the ANC was run by former President Jacob Zuma, who many in Cosatu opposed . It’s likely to be even more so now that it is led by President Cyril Ramaphosa, a former Cosatu unionist for whom it campaigned at last year’s ANC conference, and who received a rousing welcome when he addressed the latest conference.

Union support at election time has, since the end of apartheid in 1994, been a huge asset for the ANC.

For some years after democracy’s advent, unions were the most organised force in South Africa. Cosatu, as the largest union federation, would use its organisation to mobilise its members – over 2 million at its peak – and their families to support the ANC. No one is sure how many votes it got out for the ANC but it may well have run into millions. In theory, Cosatu backing it next year means that the ANC can rely on those votes again.

Again in theory, this would not only help the ANC to a comfortable majority. It would cement the implied bargain which has governed relations between the ANC and Cosatu since 1994. Its terms are that Cosatu would, despite complaining, allow the ANC to set economic policy as long as the ANC allowed it a veto over labour law changes. Cosatu would also continue campaigning for the ANC as long as the implied bargain held firm. A byproduct was that some Cosatu leaders would end up in parliament and government on the ANC ticket.

But in practice, both the votes which Cosatu mobilised and the implied bargain are in danger.

On the first score, Cosatu is no longer the organisational hub it was when it mobilised the ANC vote. Its membership has dropped to 1.6 million.

Part of the reason is that it expelled its biggest union, the National Union of Metalworkers of SA, which has over 300 000 members. This prompted other splits and the formation of a rival Federation of SA Trade Unions, which has cost Cosatu members. Another reason is the constant loss of jobs in the smokestack industries which used to be Cosatu’s stronghold.

But the membership loss is also a symptom of a deeper malaise. The past few years have seen a weakening of the union movement as the gap between leaders and members has widened, and unions’ ability to mobilise members has declined.

The weakening of the union movement also reflects the country’s economic growth path: the gap between insiders who can enjoy the economy’s benefit and outsiders who can’t has remained. Union leaders have been absorbed into the insiders, leaving their members outside.

This doesn’t mean the end of strike action. Union members feel the economic pinch and so they need wage increases. They still enjoy the power to down tools to push for them. But it does mean the virtual collapse of unions’ ability to mobilise members behind campaigns. A general strike called by Cosatu in 2017 to protest against an unpopular ANC leadership was a flop as union members ignored the call.

Inevitably, Cosatu’s ability to mobilise voters on the ANC’s behalf has also declined. This must have been a factor in the ANC’s electoral setback in 2014 in Gauteng, the economy’s heartland, and in its countrywide decline in the 2016 local elections.

It may well mean that, while Ramaphosa is far more popular among voters than Zuma, the ANC will not reap as many rewards at the polls from the change of leadership as it expected. It may also mean that, since the ANC has no source of organisation which can replace Cosatu, it may never be able to recover much of the electoral ground it has lost and may face continued decline once the post-Zuma effect wears off. Cosatu’s decline could change South Africa’s electoral map.

So, while the national debate often assumes that unions are no longer politically important, Cosatu’s decline may be exerting a major impact on politics by making it much harder for the ANC to retain support.

If this is bad news for the ANC, it may signal further declines in Cosatu’s influence. While its alliance with the ANC is partly the product of a shared history, the ANC’s incentive to preserve Cosatu’s labour law veto has declined because it can no longer deliver millions of votes.

It may be no accident that laws limiting the right to strike are before Parliament. Whatever the merits of these changes, they do mean that the implied bargain is no longer operating fully because they reduce union bargaining power.

So the question is not whether Cosatu will help the ANC win elections, but whether it still can. The signs suggest it cannot – to its own and the ANC’s cost.