South Africa does child support grants well, but not other welfare services 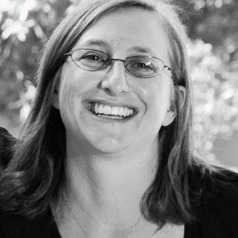 When Jabulile’s young niece, Thando, came to live with her, she immediately treated her in the same way she treated her own four children, despite the financial pressures of having an extra mouth to feed.

Thando’s mother, a drug addict, lives on the streets and so Thando became part of her aunt’s family. Jabulile gets a child support grant of R350 a month for each child, including Thando. The primary caregiver of any poor South African child under the age of 18 years is entitled to claim a child support grant.

Jabulile’s story strongly parallels the experiences of many families of the nearly 12 million children receiving a monthly child support grant in South Africa. And the government has every right to point to the social grants system as one of its most successful national poverty alleviation strategies.

But what is often forgotten is that grants are only one arm of the social welfare obligations the state has to its citizens. The second arm, social welfare services, has not fared as well. These services include assistance for vulnerable groups, such as disabled or homeless people, children in need of care (due to neglect, abuse or exploitation), and should also support families and communities in overcoming the difficulties of everyday life.

Jabulile’s case illustrates the failings of this arm of welfare.

Welfare services in South Africa are delivered both by the state and by NGOs. This is common in developing countries where states rely on NGO support to deliver welfare services due to capacity and funding limitations.

But the quality of services available has been eroded over the last five years, especially in the NGO sector which is increasingly financially embattled. Community needs have long outstripped available programmes, which are shrinking. Government is seriously under-funding NGO welfare services. Political and institutional tensions between the NGO sector and the state have also affected care, while there are few seamless links between different state services such as housing, education, welfare and health.

These problems make accessing services, such as the right to attend school without paying fees, impossibly difficult.

Jabulile lives in an area of Johannesburg with fee-charging public schools. Her school-age children are all given a fee exemption, which is their right. But as she is not Thando’s legal guardian, the school insisted that Thando’s biological mother apply for the fee exemption.

Jabulile eventually found her sister after looking for her for weeks. Her sister agreed to sign the forms and the school granted the fee exemption. Jabulile will have to repeat this process every year.

The requirements for receiving a child support grant - that she is her niece’s primary caregiver and is earning below the means test - should have been enough for the school to automatically grant a fee exemption. But South Africa lacks the institutional links between services for this to happen.

Jabulile’s eldest son, Mandisi, has Down syndrome. He recently turned 18 and therefore had to leave his special needs school which doesn’t cater for learners after this age. He has had to stay at home.

His speech, halting at best, has deteriorated markedly since he left school, where he was happy and received a range of therapeutic services. He spends many hours lying in bed staring at the ceiling.

Jabulile has been told repeatedly by the wonderful and committed staff at various adult facilities for mental disabilities that placement in an appropriate learning or work setting is extremely hard to find.

These are just two examples that illustrate the lack of service integration and the paucity of welfare services that make Jabulile’s task of caring for her family much harder. A small monthly cash transfer can’t solve all their challenges. It is the start and not the end of the delivery of social justice to Jabulile and others like her.

Not just about redistributive justice

South Africa has made important progress towards redistributive justice. But the welfare and social service institutions fail to deliver integrated and responsive services.

Thando should automatically be entitled to a fee exemption. Mandisi should have a clear progression of education and stimulation services into adulthood. And Jabulile should not have to fight to get what is formally her right. In having to fight for these benefits, her dignity is damaged. In addition, even though her formal rights are not questioned, her substantive rights to these institutions are denied. Finally, her role as a carer is undermined rather than supported.

The way the system works is that instead of the child grant being a “gateway” to services, caregivers have to fight for every individual service. The burden of getting these services lies on the people who need them most, instead of on the state, where it rightly belongs.

It is important that when receiving services, programmes, rights, cash transfers and other public goods, people’s dignity and legitimacy to claim these public goods are not undermined - intentionally or unintentionally.

By not expending energy on improving the structural, institutional, social and political realities, the state is suggesting that income support is sufficient to deliver social justice. The everyday experiences of women receiving the all-important child support grant shows it is not.

Tessa Hochfeld received funding from the South Africa - Netherlands Research Programme for Alternatives to Development during this study.