Song Joong Ki, Song Hye Kyo divorce: Did the actress cover up the real cause of their split? 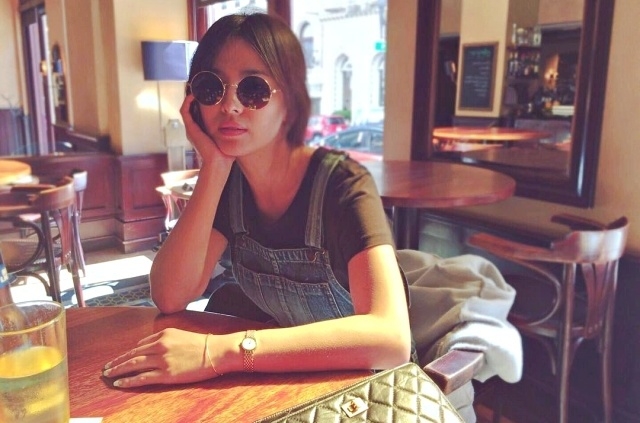 Song Joong Ki and Song Hye Kyo may be officially divorced now but there are still a lot of questions left unanswered with regards to why they decided to call it quits. From the perspective of many people, this is really shocking especially because they can still be considered as “newlyweds” when they suddenly announced their split.

Joong Ki and Hye Kyo have been married for a year and eight months when their divorce story made headlines. At that time, the actor was the first to admit that he and his wife have broken up and he was the one who filed for divorce as well.

He went to the Seoul Family Court in June and through his lawyer, the papers for divorce were prepared and filled out. When the actress, who as apparently overseas, arrived in South Korea, it was told that it was the only time that she learned her husband has gone to the court for their separation to be formalized.

The reason for the split

While Song Joong Ki and Song Hye Kyo issued their respective statements for the divorce, both did not exactly reveal why they decided to end their marriage. However, the actress stated through her agency, UAA Entertainment, that the reason was due to their differences in personality.

On the part of the “Arthdal Chronicles” actor, he just apologized to the fans since he could not reveal more about the divorce and instead, asked everyone to respect their privacy and said that he is hoping for an amicable separation.

Is the actress to be blamed for the split?

Now, there is a rumor that the real reason for their break up is being covered up by Song Hye Kyo with the help of her agency. This story emerged after Song Joong Ki’s brother, Song Seung Ki, posted a cryptic message on his Instagram.

This happened in July and according to Today Online, the actor’s older brother wrote a Chinese idiom that means “to cover up.” He posted this message at the height of the Song-Song divorce news and people quickly speculated that the actress was trying to conceal the real cause as to why their marriage end up in divorce. But sadly, fans will never know the answer to this unless the actors involved willingly speak up.